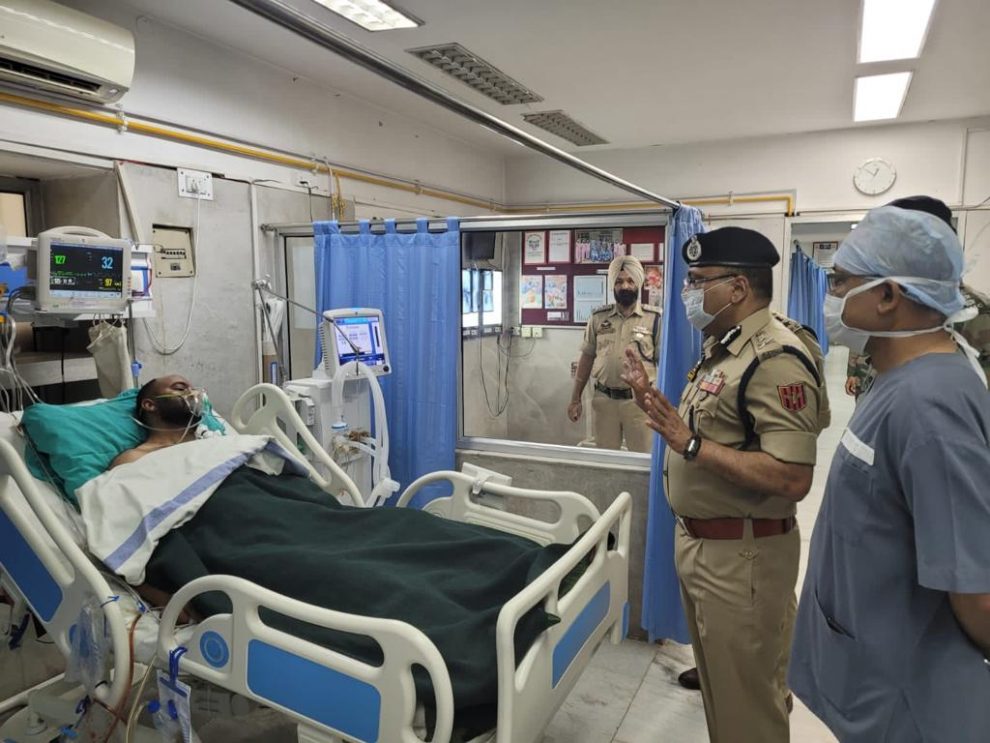 SRINAGAR: The Director General of Police J&K Dilbag Singh on Tuesday visited 92 Base Hospital BB Cantt. Srinagar and inquired about the health of the SgCt Firdous Ahmad, who was shot at by terrorists in district Anantnag yesterday.

The DGP met the doctors attending the Jawan and also met his family members. He assured the injured policeman and his family that all possible help and assistance will be provided. SgCt Firdous Ahmad was shot at by terrorists in Sirgufwara area of Anantnag last evening.

He had received gunshot injuries and was shifted to Sub-District Hospital Bijbehara for treatment from where he was referred to 92 Base Hospital Srinagar. He bravely fought back and fired at the terrorist who fled from the scene. The DGP was accompanied by SP East Shri Sahil Sangral to the hospital.