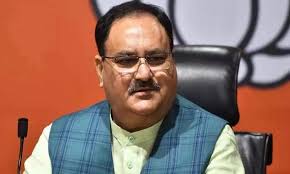 BJP chief Jagat Prakash Nadda on Tuesday urged the people of Bihar to exercise their vote in the second phase of the state assembly polls to ensure their public participation in the biggest festival of democracy by following all COVID-19 protocols.

“Phle matdaan, fir Jalpaan (voting first, then refreshment). The people of Bihar are going to vote in the second phase for their bright future today. Appeal to all voters to ensure their public participation in this ‘mahaparva’ of democracy by following COVID-19 rules,” the BJP chief tweeted (roughly translated from Hindi).

Polling began at 7 am on 94 assembly seats across 17 districts in the second phase of Bihar polls this morning with precautionary measures against COVID-19 in place.

As by-polls are being held in 54 assembly seats across 10 states in the country, the BJP President stressed that people’s vote can change the scenario of their region.

“Today, by-elections are being held at various places across the country. I urge all the voters in these seats to vote in large numbers and ensure their participation in strengthening democracy. Your vote can change the picture of your region. Do vote,” he said.

By-elections are underway on 28 seats in Madhya Pradesh, 8 in Gujarat, 7 in Uttar Pradesh, 2 each in Odisha, Nagaland, Karnataka and Jharkhand, and one seat each in Chhattisgarh, Telangana and Haryana.