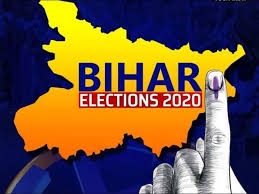 In Bihar, counting of votes is underway for assembly elections. Counting of votes for bypolls to 58 assembly seats in 11 States is also underway. Counting for Valmiki Nagar Lok Sabha seat in Bihar is also going on simultaneously.

As per the trends available, in Bihar, NDA is leading in 128 assembly seats, Grand Alliance in 106 seats, while others are leading in seven seats constituencies. BJP has won Dhigha and Darbhanga.

In 243-member Assembly, majority mark is 122. There will be an average of 35 rounds of counting in each constituency and the final results are expected by late night.

Eleven of the 13 Janata Dal-United and BJP Ministers  are leading in their Assembly constituencies while two from the BJP are trailing, according to the latest trends.  In Raghopur, Tejashwi is ahead by over 8,500 votes. Former Bihar Chief Minister Jitan Ram Manjhi, who was earlier trailing RJD’s Uday Narain Choudhary, now leads by over 2,400 votes in Imamganj seat.