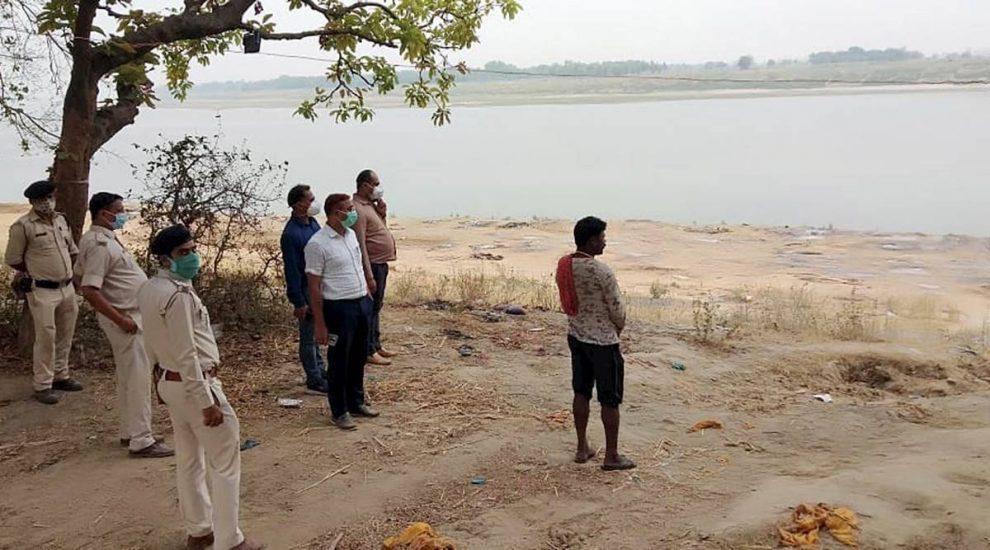 There seems to be no relief from miseries as the second wave of coronavirus pandemic rages across the country. Local residents in the Buxar district of Bihar woke up to scary scenes on Monday as they found decomposed and bloated bodies on the banks of the Ganges.

The local alleged that over 150 dead bodies were found dumped at Mahadev Ghat on the banks of river Ganga in Chausa village. The bodies were likely to be washed downstream where stray dogs and other animals would feed on them further triggering the spread of COVID-19 pandemic.

Even the villagers in Buxar were surprised as to how so many bodies washed up on the banks.

Buxar administration officials believe the bodies may have come from UP. However, the locals claimed that people from other villages situated on the banks of Ganga dumped the bodies in the river.

Other reports suggest that the bodies were dumped in the river due to the high cost of expenditure on funeral. Many believe the bodies were of the people who succumbed to Covid-19.

“The bodies floating in the river are of the people infected with Covid-19. I have seen 35-40 bodies since morning. Some people immersed the bodies into the river while others disposed of half-burnt bodies in the water,” a report in Times of India quoted a villager as saying.

Issuing a statement on the incident after a probe, Buxar district magistrate Aman Sarin said the 30 bodies were 3-4 days old and were not from Buxar.