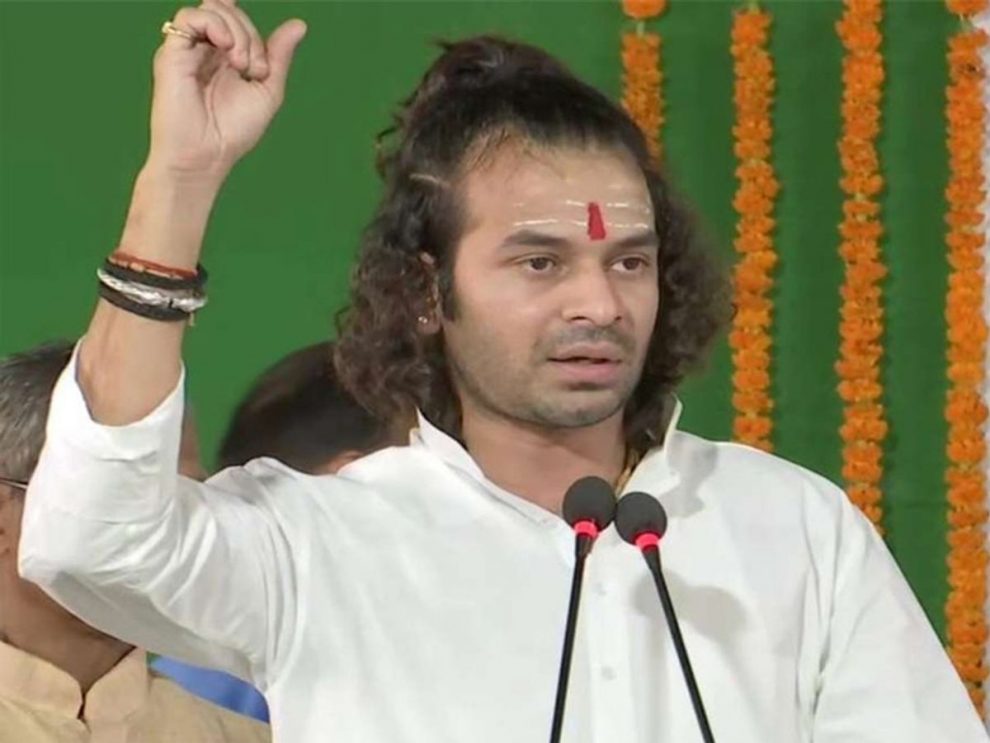 In phase two of the Bihar polls, Rashtriya Janata Dal (RJD) leader and son of supremo Lalu Prasad Yadav, Tej Pratap Yadav on Tuesday said Bihar has become ‘Lalumay’ and everyone looks up to him with respect.

“Everyone in Bihar and especially people of Hasanpur are ‘Lalumay’ and everyone is with Lalu Yadav and they look up to him with respect. I will win with a margin of 50,000 from Hasanpur..

Regarding the chances of Mahagathbandhan’s success in the Bihar elections, RJD scion said, “People want a total change and tussle is, after all, a part of politics. People want Mahagathbandan and Tejashvi as the CM.”

Tej Pratap asked the voters to be fearless. “I want to tell the public that they should cast their vote fearlessly,” he added.

The fate of brothers Tejashwi Prasad Yadav and Tej Pratap Yadav will be sealed today as polling is underway for the 94 of the 243 seats spread across 17 districts in the second phase of polling in the Bihar assembly election.

Over 2.86 crore voters are eligible to cast their vote in the second phase which is also the largest of three phases of assembly poll in the state.

Tej Pratap is pitted against two-time MLA Raj Kumar Ray of the Janta Dal United from Samastipur’s Hasanpur constituency, which has eight candidates.

Leaving behind his Mahua seat in the Vaishali district, Tej Pratap shifted to Hasanpur this time.

While Tejashwi is against Satish Kumar of the BJP from Vaishali’s Raghopur constituency where a total of 14 candidates are in the fray.