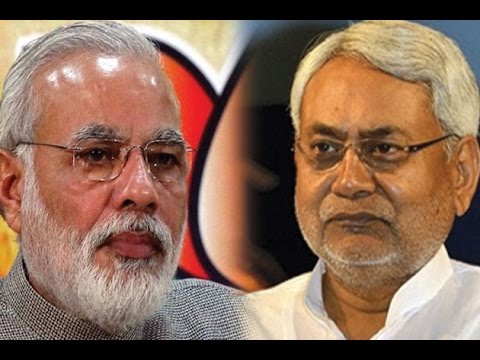 Kumar arrived in the national capital today morning and despite JDU sources calling it a “private visit”, speculation suggests the meeting is regarding the cabinet expansion that is in motion.

As per reports, the Bihar CM will meet with both PM Modi and BJP president JP Nadda.

It should be noted that JD-U had stayed out of the Union Cabinet when PM Modi started his second term in 2019 over a disagreement over Nitish Kumar’s expectations.

One of the senior JDU leaders had recently said the party should be given its due representation in the Cabinet as an important ally of the Bharatiya Janata Party (BJP).

Talking about the reported expansion, JD-U national president RCP Singh said, “I have said it earlier too. Whenever there will be an expansion of the union cabinet, JD-U will also definitely be a part of it because JD-U is an ally in the NDA. I have said this earlier too and there is no confusion in it.”

The JDU has 16 MPs in the Lok Sabha and still doesn’t have a single berth in the Cabinet despite being in power with the BJP in Bihar.

Meanwhile, the speculation is rife that Nitish Kumar has orchestrated the fallout in Lok Janshakti Party (LJP) which will see five Lok Sabha MPs join the Union government.

RJD claims Nitish Kumar the ‘architect’ of crisis in LJP

Amid the ongoing turmoil in the LJP, Rashtriya Janata Dal (RJD) leaders have claimed that Bihar CM Nitish Kumar is the architect of the split in the LJP.

Shyam Rajak, the National General Secretary of the Rashtriya Janata Dal (RJD), said, “Nitish Kumar is the architect of the separation between Chirag Paswan and his uncle Pashupati Kumar Paras.

“Now the numbers game is with Pashupati Kumar Paras but I am sure that LJP has a cadre-based vote bank which may back Chirag Paswan. Hence Chief Minister Nitish Kumar may have succeeded in the conspiracy but the people’s support is with Chirag Paswan,” Rajak added.

Rajak said several JD(U) MLAs are in touch with the RJD’s top leadership and the political equations in Bihar may change any time.