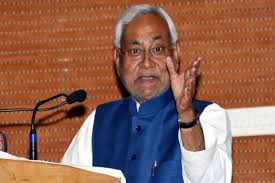 Earlier, the Bihar Cabinet had approved a proposal to provide free COVID-19 vaccine to people of the state when it is available. It is to mention that this was one of the poll promises of the Bharatiya Janata Party (BJP) in the recently concluded Bihar Assembly polls. The National Democratic Alliance (NDA) secured a 125-seat majority in the 243-seat strong Bihar Legislative Assembly.

As promised in Nitish Kumar-led JDU’s manifesto — ‘Saat Nishchay-2’, the Cabinet also gave its nod for a proposal to create 20 lakh job opportunities in the public and private sectors. The state government will also introduce a special scheme for promotion of entrepreneurship among women.

For this, the government would provide an interest-free loan up to 50 per cent of their project or a maximum of Rs 5 lakh in addition to the subsidy of 50 per cent or Rs 5 lakh of the project cost.