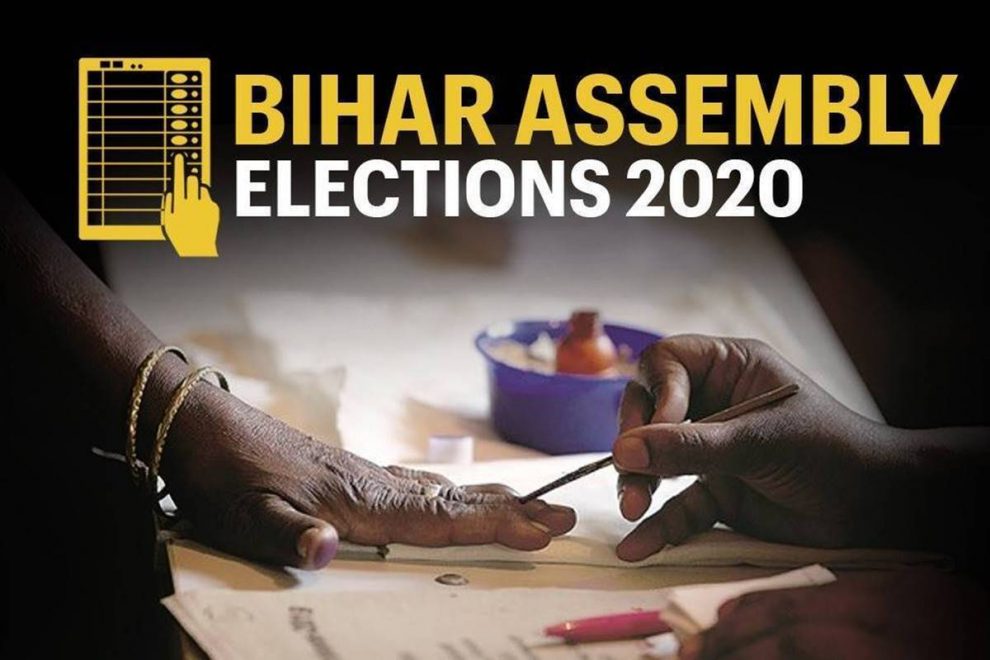 Counting of votes polled in Bihar Assembly elections began at 8 am on Tuesday at 55 counting centres across 38 districts of the state.

Prohibitory orders under Section 144 of the Criminal Procedure Code (CrPC) have been imposed in and around the counting centres to prevent the gathering of people.

This time Bihar witnessed a triangular contest with the ruling JDU-BJP alliance and grand alliance (RJD, Congress and others) and Chirag Paswan’s Lok Janshakti Party (LJP), which is eying the role of a kingmaker in case of a hung Assembly.

Mahagathbandhan constitutes RJD (144 seats) and the Congress with 70 seats. Other alliance partners include the CPI-ML (19 seats), CPI (6 seats), and the CPIM (4 seats).

LJP contested over 130 seats on its own and fielded candidates against all JD-U nominees and only a few against BJP.

Chief Minister Nitish Kumar is eyeing his fourth term with ally BJP by his side. In 2015, however, Kumar-led Janata Dal (United) fought polls with Rashtriya Janata Dal (RJD) and Congress under the Mahagathbandhan banner. The BJP-led NDA had fought the elections with LJP and other allies.

RJD with 80 seats had emerged as the single largest party in the elections, followed by JD-U (71) paving way for Nitish Kumar to take oath as Bihar Chief Minister for the third term. BJP was reduced to 53 seats and got the largest vote share (24.42 per cent).

However, in 2017, differences emerged between the RJD and JD-U, resulting in Chief Minister Nitish Kumar returning to the NDA.

The exit polls differed in their prediction of tallies of major players in Bihar assembly polls with most predicting an edge for Mahagathbandhan or its victory.