It’s a fall or new beginning. The nation is pondering over the minus 23.9 per cent GDP crash. The figures are stark but life goes on. Does the GDP really matter?

The lockdown has plunged India into a never before crisis. The GDP slump now is likely to worsen to full-year economic contraction of 7 per cent – or simply negative seven per cent, massive for a country of 130 crore that wants to take a super leap.

This is the result of routinely jettisoning financial stability for myopic adjustments in government expenditures, says Viral V Acharya, former RBI Deputy Governor. Now the growth is prescribed on government spending by the RBI. Good. Nobody has answered from where the government, after squandering opportunities since the demonetisation, accentuated by GST and devastating economy with lockdown, would bring the precious money. The gold pawning by the Chandrashekhar government in 1990 caused similar concern. Then the growth clocked one per cent.

Again the figures have meant not much for the nation. Post-1992 budget some companies did exceedingly well at the stock market. It led to exposure of billion-dollar Harshad Mehta scam. Banks and financial institutions were denuded. The corrective steps were taken, SEBI was formed but the banks continue to take the hit.

The RBI is eloquent. It says even in a year of crisis that began in August 2019, bank frauds jumped to 159 per cent involving Rs 1.48 lakh crore for public sector banks and Rs 34211 crore for private ones. During the last 30 years GDP swung up and down but the common man not only in India even in the US and Europe post-2008 sub-prime crisis lost several billions. The insurances and mutual funds emerged as more dishonest. Nations churn out big concerns; hopes and jingoism across the world keep people busy.

The US economy shrinks by -31.7 per cent, the British by -20.4 per cent and the fall guy China by -6.2 per cent. Pakistan, with scant containment, is clocking at least 1.03 per cent growth. India many might say is in league with the big. May be it is in a better situation with free food grain doles to 80 crore people. That is indeed a silver lining. Many families are able to survive. Though now they are being harassed by demands of production of ‘income’ certificates. Many may cross the illusory poverty line and be forced to starve. They are people in need and not corrupt as some officials tend to paint them.

It is also true that since these 80 crore are not part of the market as they do not generate demand. The job losses, salary cuts or its non-payment, starvation, and rising number of suicides to four a minute has led to fall in industrial output to 38.1 per cent, services 20.6 per cent, and manufacturing to 39.3 may not theoretically have hit them.

India has notionally spent Rs 150,471 crore for free rice and wheat. The overflowing stocks in FCI silos were paid long back and do not entail financial burden. Actual hit to the exchequer as of now is Rs 1930 crore for transportation and another Rs 5000 crore for pulses. The immediate cost is Rs 6930 crore. But as the stocks are depleting carrying out the operation beyond November or till West Bengal polls would burden critical finances.

The present figures are only first estimates. Informal sector numbers, which are likely to have suffered more, says India’s former chief statistician Pranab Sen, will be announced later. The entire non-farm economy has been hit. Agriculture with 3.4 per cent is the silver lining but it is also having problem in recovering costs. The wholesale price indices’ contraction indicates producer prices are declining.

Gross value added (GVA) that is actual production value minus taxes contracts by 22.8 per cent. Even the public administration, defence and other services sub-sectors record 10.3 per cent fall in government spending. Gross fixed capital formation, in short investment, contracts 47.1 per cent. However, government consumption expenses have grown by 16 per cent, much due to inflation.

Even nominal GDP has contracted by 22.6 per cent. It means base of tax collection, as the GST controversy depicts, will shrink.

More than the government, the central bank, RBI, is responsible for having dithered from achieving its long-term objectives of price and financial ability, opines Acharya. It is leading to a situation of stagnant growth and high inflation – stagflation. It is hitting bank depositors and market investors creating uncertainties.

The economy is getting more centralised. The government balance sheet gets larger and that of private sector shrinks. It hits all but the smaller players more such as the MSME crisis and private educational institutions. As the economy shrinks government funding programmes become mainstay in relation to crashing domestic savings and irrational interest rates. It hits the core of economy. It increases lobbying by the powerful.

The remedy is in less government and more free private sector open economy. It also does not mean selling the public sector jewels like railways, HAL and others. They set the quality standards. Simultaneously, private sector has to be allowed spaces without direct or indirect government support. For this the government has to have fiscal restraint and RBI has to put financial stability and resist fiscal dominance.

The GDP itself is not a big number but its ramifications are. It is a symptom. The disease is severe – not the COVID-19 but financial failures-2019. As a first the RBI has to assert itself and instead of suppressing interest rates on savings, it has to increase it to a minimum of 9 per cent for bank deposits, else the banks would collapse.

It is not for rewarding the saver but to boost the culture of savings that has been taking care of government expenses, deficit, all through including of the Hindu rate of growth era. It has to reset policies and functions like the central bank adhering to rule-based decisions to save and bolster nation’s finances. Life will go on but to become a global leader we need a minimum 8 per cent continuous growth for $ 5 trillion economy. The central bank has to delineate the path. Disease or not, the nation has to take a vow that it would not jeopardise normal functioning ever again. Whatever, the country needs –soft policy, low taxes, no barriers like tolls, open business and humane approach to solve difficult problems. India with a new beginning can beat all. 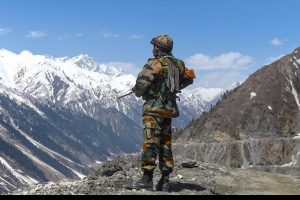 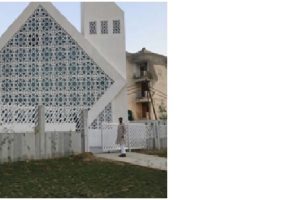