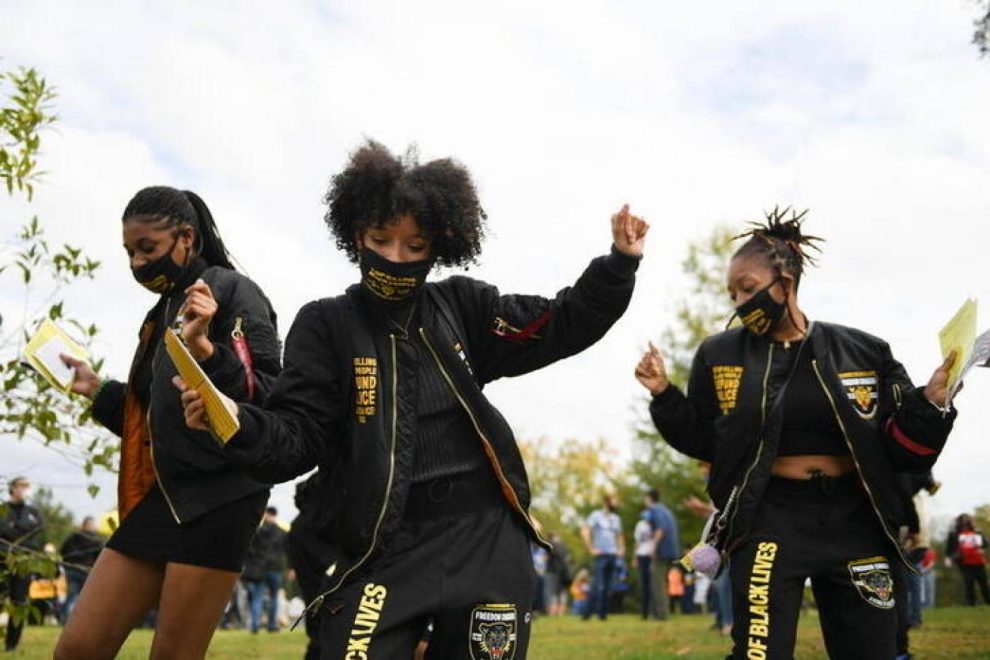 NEW YORK: With the election of Kamala Harris as U.S. vice president shattering a glass ceiling for women in political office, supporters are setting their sights on a fresh push for women’s rights and equality under the presidency of Joe Biden.

The new Democratic administration offers the possibility of reversing moves by the Donald Trump administration that stymied women’s rights and building upon progress made during the Barack Obama years, campaigners said.

President-elect Biden vowed during the campaign to address several of Trump’s policies toward women’s rights, including a weakening of victim rights in campus sexual assault cases, a slowed effort to close the gender pay gap and reduced access to contraception.

“To look forward to the next four years, and talk about what we’re looking for from a Biden-Harris administration, some of it of it is simply a restoration of sanity, of rational, evidence-based thinking,” Fink said.

Biden has promised a “quick end” to rules issued in May by the Department of Education that narrowed the definition of sexual assault on campus and expanded the rights of the accused.

The Trump policy “gives colleges a green light to ignore sexual violence and strip survivors of their rights,” Biden said in a statement in May.

Jeni Klugman, managing director of Georgetown University’s Institute for Women, Peace and Security, said the Trump-era rules would discourage survivors from speaking up.

“Where you make reporting more difficult and where there are additional obstacles and a lower likelihood of success, women will, quite reasonably, choose not to report it all,” she said.

More than a quarter of undergraduate women say they have been raped or sexually assaulted, according to the Rape, Abuse & Incest National Network, an anti-violence group.

Biden also pledged support for the Paycheck Fairness Act, a bill to strengthen and close loopholes in the Equal Pay Act of 1963, which was designed close the pay gap and guarantee that women could challenge pay discrimination.

The legislation was most recently reintroduced but faltered in the Republican-controlled U.S. Senate in 2017.

The Trump administration tried to stop the Equal Employment Opportunity Commission from collecting company data on gender and race, a practice started in the Obama administration.

“From a government perspective, it’s difficult to do the kind of impactful, strategic outreach education and enforcement without knowing where the problems exist,” Fink said.

A federal judge last year ordered that the data collection continue, ruling the administration failed to prove the process put an undue burden on employers.

Biden said he wanted to restore access to contraception under the Affordable Care Act enacted under Obama, after the Supreme Court allowed private company owners to deny insurance coverage that includes birth control on religious grounds.

But it is Biden’s policies toward mitigating the coronavirus pandemic and economic issues such as increasing the federal minimum wage and extending overtime pay that will be most effective to advancing women’s rights, experts said.

More jobs have been lost in service industries and occupations where women are heavily represented, according to the International Labour Organization.

Among Hispanic women, for example, the number of women in the U.S. labor force has fallen nearly 7% compared with less than 1% among men since February, according to the U.S. Bureau of Labor Statistics.

According to the National Women’s Law Center, four times as many women as men dropped out of the labor force in September.

“Combating the pandemic, getting people, and those people are disproportionately women, back to work is top of the list in terms of women’s equality going forward,” said Fink.

Tell the world we exist: the intersex child on a mission to inform
Public banks urged to share funding fairly, as climate batters poor farmers
Comment