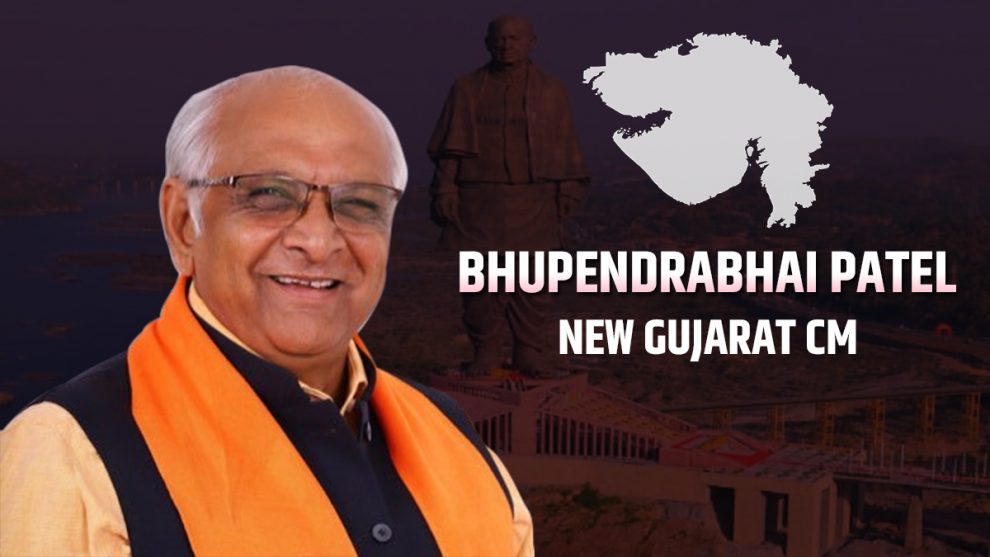 “Congratulations to Bhupendra Bhai on taking oath as CM of Gujarat. I have known him for years and have seen his exemplary work, be it in the BJP organisation or in civic administration and community service. He will certainly enrich Gujarat’s growth trajectory,” he tweeted.

The PM also lauded outgoing CM Vijay Rupani for his work during the five-year long term.

“During his five years as CM, Vijay Rupani Ji has undertaken many people-friendly measures. He worked tirelessly for all sections of society. I am certain he will continue to contribute to public service in the times to come.”

Ahead of his swearing-in, Patel took the blessings of saints at Swaminarayan Gurukul and offered ‘gau pooja’ according to tradition.

Later, he received Union Home Minister Amit Shah at the airport in Ahmedabad.

The CM had also met with Deputy CM Nitin Patel in Ahmedabad. Nitin Patel after the meeting said, “Bhupendra Patel is my old family friend. I congratulated him. We will be happy to see him take oath as CM. He has also asked for my guidance whenever needed. I’m not upset (on the party naming Bhupendra Patel as CM). I’ve been working in BJP since I was 18 & will keep on working. Whether I get a position in the party or not, I will continue serving in the party.”

Gujarat Governor Acharya Devvrat on Sunday invited Patel to take oath as chief minister. “The new leader of BJP’s Legislature Party Bhupendrabhai Patel presented a proposal to form the government under his leadership. Accepting the proposal, he was invited to take oath as CM on September 13 at 2.20 pm,” tweeted the Governor.

First-time MLA and an engineer by profession, Bhupendra Patel is a Patidar chosen by the BJP as the state goes on to election mode for the 2022 Assembly elections, reportedly to counter the influence of Hardik Patel.

The Patidars who are a dominant caste in Gujarat, dominate the political economy with a stronghold over education, realty and cooperative sectors.

Patel has served as Ahmedabad municipal councillor and as the chairperson of the Standing Committee of Ahmedabad Municipal Corporation and Ahmedabad Urban Development Authority. He is also a trustee at Patidar organisations Sardardham and Vishwa Umiya Foundation. Gujarat BJP chief C R Paatil said Patel’s work at the grass root-level, his hold on the cooperative sector, association with party workers and administrative abilities were some of the factors that led to his elevation.

“I believe that under the guidance of Narendra Modi, the state’s sustainable development will keep up its momentum,” Shah tweeted. PM Modi also phoned Patel on Sunday and congratulated him, a BJP spokesperson said.

He added, “Union Minister Amit Shah is coming to Gujarat today. I am going to receive him at the airport.”

The CM-designate also met Vijay Rupani at the former’s residence in Gandhinagar.