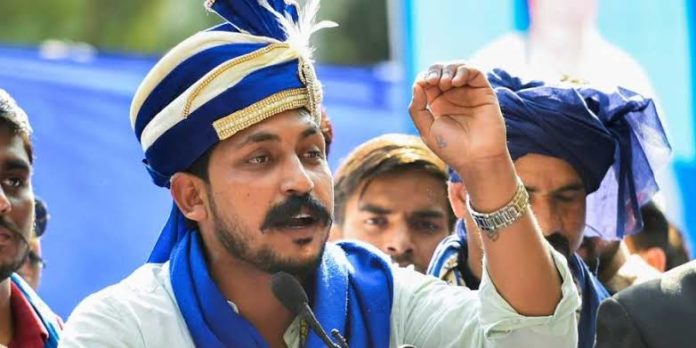 Bhim Army Chief Chandrashekhar Azad announced on Thursday that he will float a new political outfit to meet the aspirations of the Dalits.
He said that his party would give a “new political option” to the “Bahujan Samaj” (Dalit community). “I Chandrashekhar Azad is making an announcement, I am giving a new political option to the Bahujan Samaj. I appeal to the honest, laborious and missionary youth who have dedicated their lives to the society, to come and lead the party. Now, those who do work will become politicians and not those who have money. Jai Bhim” tweeted Azad.
He appealed to his supporters to suggest a name for his new party.
“I will always remain indebted to all of you because of your love and confidence. This is an emotional moment for me and when I have decided to give a new political option, I request you to suggest a name for it,” said his subsequent tweet.
During the Lok Sabha elections former Uttar Pradesh Chief Minister and BSP supremo, Mayawati termed Azad as BJP ‘mole’.
“The BJP tried hard to help Bhim Army chief Chandrasekhar join the BSP as its mole but failed in its conspiracy. It is very imperative in the national interest to dislodge autocratic, despotic anti-Dalit, OBC & minorities BJP from power. Plz ensure no vote goes waste. My Appeal,” she had tweeted.