Bharatiya Janata Party has won unopposed both Rajya Sabha seats from Gujarat which had fallen vacant following the demise of the sitting MPs. The seats were wrested by BJP’s Dineshchamdra Jemalbhai Ananvadiya and Rambhai Harjibhai Mokariya. The elections to the two seats were necessitated following the demise of Congress leader Ahmed Patel and BJP’s Abhay Ganpatray Bhardwaj. The election of the two BJP candidates was confirmed yesterday after the deadline for withdrawal of nominations expired.

The Congress has 65 MLAs in the 182-member Gujarat Assembly and it was learned that the party was not sure about its victory in the bypolls. This is the reason why it decided not to contest the elections. The BJP has 111 MLAs in the Gujarat Legislative Assembly. 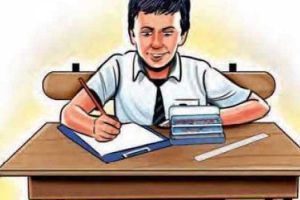