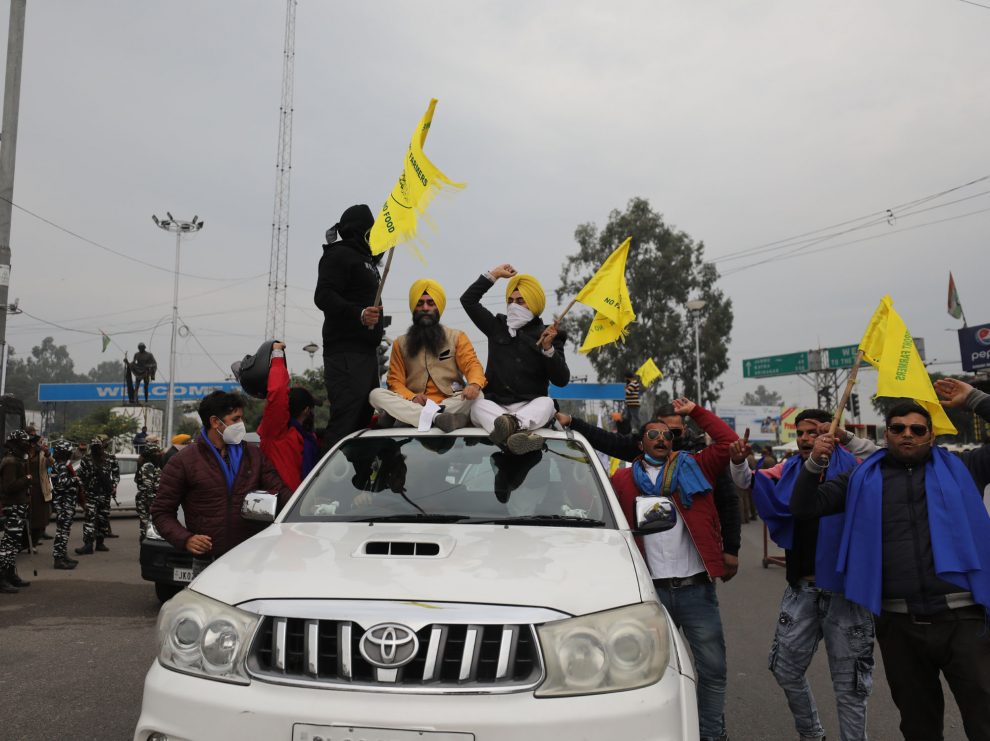 However, protestors at various locations, amid shouts staged sit-in.

Hundreds of people protested near Digiana area and blocked the Jammu-Pathankot national highway by holding ‘Kirtans’ and chanting religious sermons.

Meanwhile, at many locations, supporting farmers and shouting anti-Govt slogans, the agitators take out rallies. Commercial vehicles also remained off road due to the strike in support of farmers on a call by All J&K Transporters Association.

Heavy contingents of police and paramilitary forces was deployed across the Jammu city to prevent any untoward like incident in view of protests.