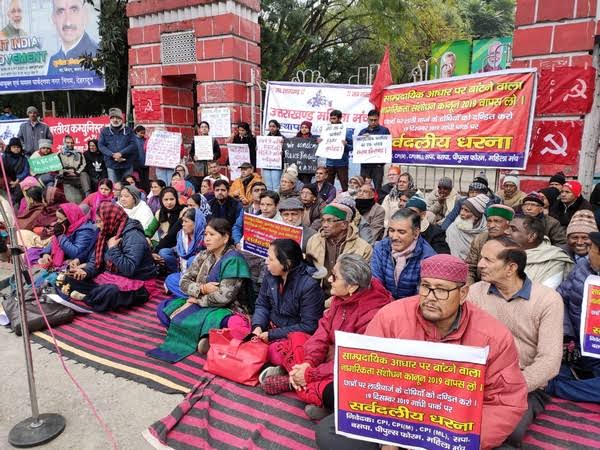 Students of Indian Institute of Science (IIS) and Indian Institute of Management (IIM) in Bengaluru city protested against the Citizenship (Amendment) Act, 2019 on Thursday.
Students of IIS, Bengaluru read Preamble of the Constitution, at the campus, to protest against the Act. Section-144 is currently in place in several parts of Karnataka in the wake of protests over the Citizenship (Amendment) Act, 2019 granting citizenship to Hindus, Sikhs, Jains, Parsis, Buddhists and Christians fleeing religious persecution from Pakistan, Afghanistan and Bangladesh and came to India on or before December 31, 2014.