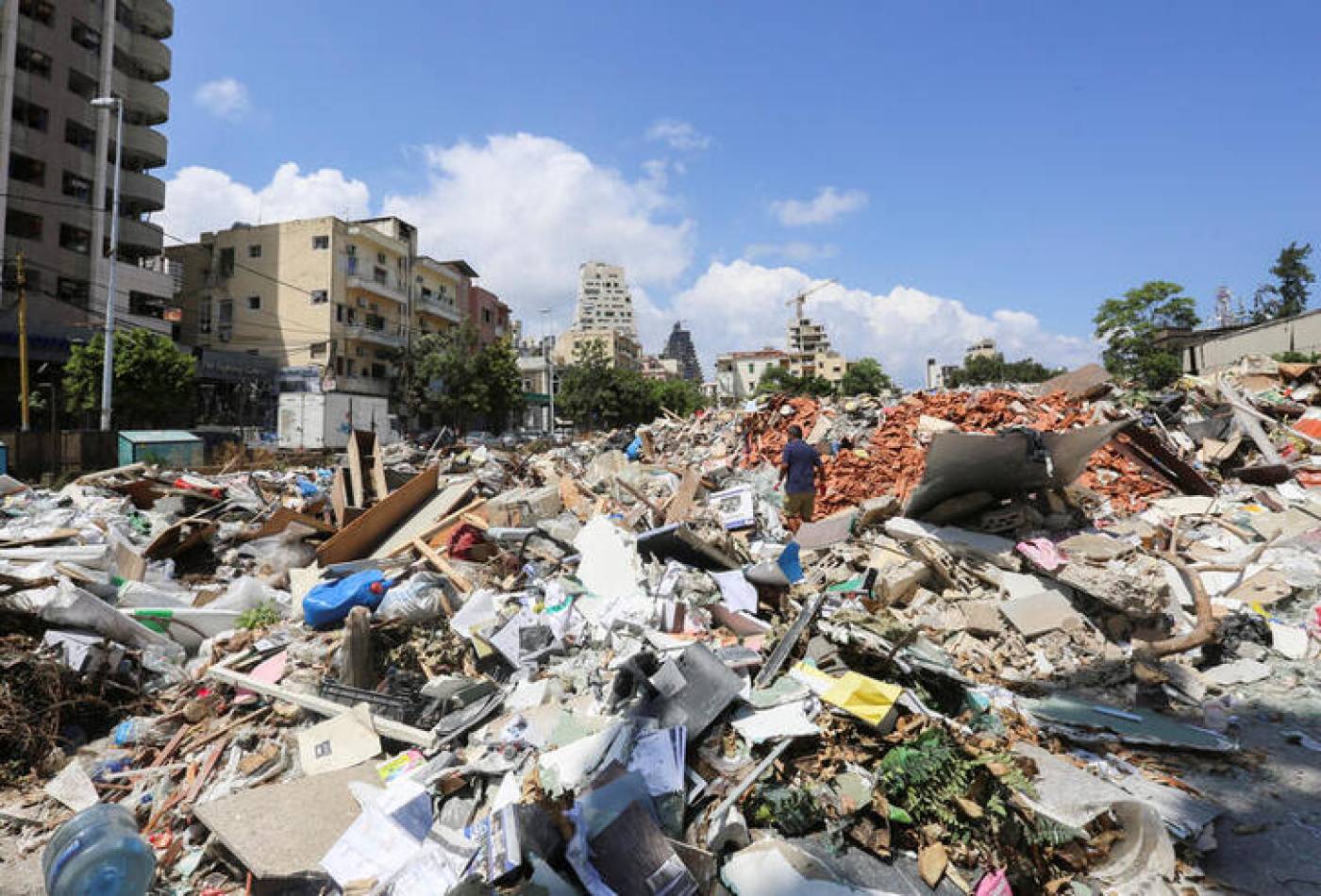 AMMAN: The massive blast that hit Beirut last week destroyed LGBT+ drop-in centres and gay-friendly bars and cafes that were a vital lifeline for an already vulnerable community now in urgent need of help, activists and campaigners have warned.

Lebanon’s main LGBT+ group Helem, which provided mental health and emergency support for victims of violence, arrest or homelessness, said it lost both its centres in the explosion and was now scrambling to provide desperately needed assistance.

LGBT+ victims have been hit particularly hard by the disaster because many cannot return to their families and face being victimised on the streets, said Helem’s executive director Tarek Zeidan.

“There will be incidents of domestic violence for people that were forced to live with family or live in places where they are not safe because they identify as LGBTIQ,” he told the Thomson Reuters Foundation.

“We’re talking about a community that’s already vulnerable to suicide, depression and mental health concerns on a good day… and now this. It’s almost too much to bear.”

At least 163 people were killed and thousands were injured in the Aug. 4 Beirut port explosion, which tore the facades off buildings, overturned cars and left tens of thousands of people homeless.

On Monday the government resigned after mass protests by angry Lebanese, many of whom blame authorities for the explosion.

Gemmayze and Mar Mikhael, two of the neighbourhoods most affected by the blast, are home to bars, cafes and a thriving cultural scene that has created a crucial base for the LGBT+ community.

“All of those spaces are gone,” said Daniel Nasr, a Lebanese expat in Britain who set up the Rebuilding Beirut with Pride fundraiser to help LGBT+ victims of the blast.

“(The) safe spaces that the community has spent so many years creating physically turned to rubble.”

The strong family ties that characterise Middle Eastern culture can bring comfort during a crisis, but are often missing within the LGBT+ community, making gay-friendly establishments a crucial source of support, Nasr said.

Lebanon is seen as a bastion of relative freedom in the largely conservative Middle East, but many are reluctant to extend rights to the LGBT+ community.

By law “sexual intercourse against nature” – often interpreted by authorities as gay sex – remains illegal with a possible jail term of one year, although there have been cases in which judges have refused to enforce the law.

No one in Lebanon’s caretaker government was available for comment.

The Disaster Relief for Lebanese Transgender Community, also supported by his campaign, collected more than 60,000 euros ($70,600) for trans people struggling to access work and healthcare because of their gender identity.