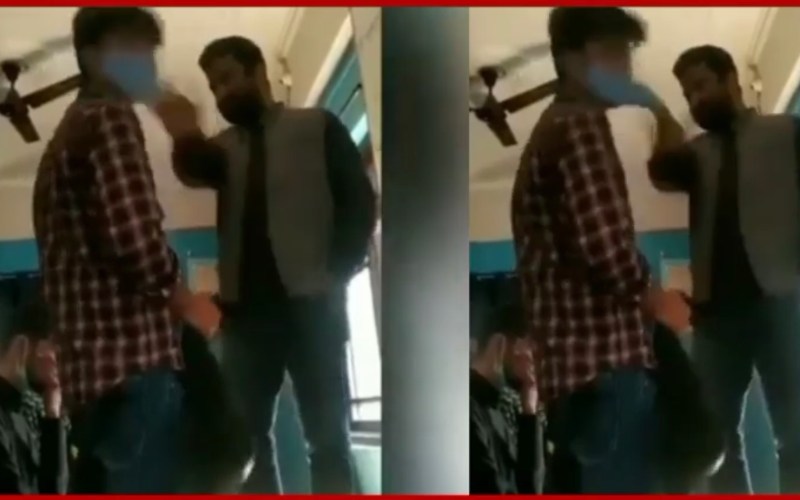 SRINAGAR, Apr 15: The court of district magistrate Srinagar on Thursday recorded the statements of both the parties in connection with a viral video wherein a student was being beaten by a teacher in a private coaching institute here.

An official told the news agency—Kashmir News Observer (KNO) that the district magistrate Srinagar had asked the management of Hope Classes Coaching Institute to appear before the court to record their statement in connection with the viral video.

He said that the district magistrate while hearing the case today listened to the both the parties including institute authorities and parents of the student and recorded their statements.

Additional district magistrate, Srinagar told KNO that after the video went viral cognisance was taken and the management of the coaching institute and parents of the student were summoned today and their statements were recorded.

He said that the proceedings of the case has been initiated under section 107 and other relevant laws and the teacher in question has already been arrested by the Police Station Saddar.

“Authorities of the Hope Classes have also tendered apology for the act done by their faculty member and they have assured to extend their full support in the investigation process,” he said.

Meanwhile, an official said that during the proceedings of the case in the court of district magistrate Srinagar, Managing Director Hope Classes while accepting the incident said “Its very unfortunate that such incident took place in our premises, any legal action by the authorities is acceptable. We apologize for the incident to the society and the student in particular.”—(KNO)

Pak man repatriated, 4 days after arrest along LoC in Poonch
There may be no ‘Darbar Move’ to Kashmir this year
Comment