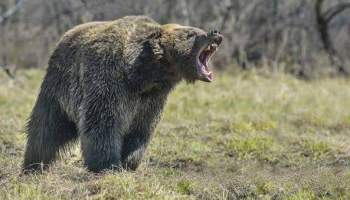 Ganderbal, Aug 24: A 19-year-old girl and two other women were on Monday injured after they were attacked by a bear in Kangan area of Central Kashmir’s Ganderbal district.

Officials told the news agency that a bear attacked three ladies in Kangan area when they were busy in their agricultural fields near the power house, resulting in injuries to them. They said one among the women has sustained critical injuries.

They identified the injured as Shaheena Begum(46), wife of Reyaz Ahmad Mir, Jabeena Begum (34), wife of Mehraj-ud-din Rather and Nusrat Jan(19), daughter  of Nazir Ahmad Mir, all residents of Wani Mohalla Kangan.