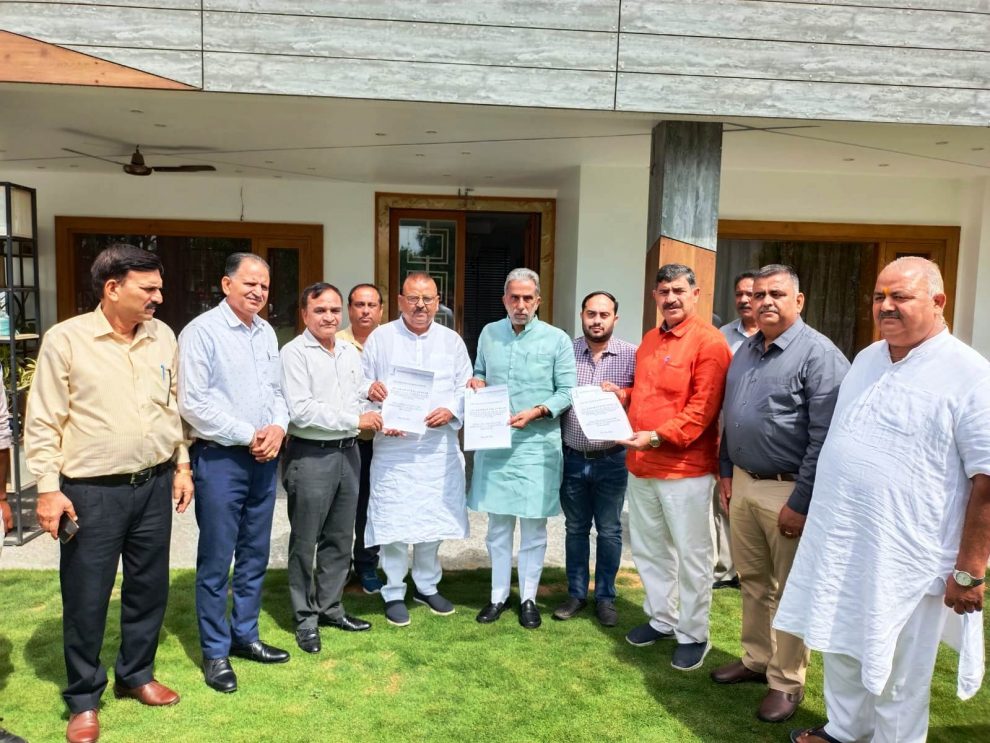 While welcoming the Hon’ble Minister of State, Mr. Lalit Mahajan, President of BBIA convey heartiest thankful to Govt. of India working under  the able Leadership of Hon’ble Prime Minister Sh. Narendra Modi for the grant of Fiscal Incentives of Rs. 28,400 Crores for the Industrial Sector of J&K against which massive Investment Proposals  amounting to Approx. Rs.72000 Crores has been received by the Industries Department which will open the doors for  Employment Opportunities to Local Youths.

Sh. Krishan Pal Gurjar, Hon’ble Minister of State in the Ministry of Power and Heavy Industries informed the Members that Rs.12000 Crores has been granted to JKUT for the Creation and Up-Gradation  of Power Infrastructure with the allocation of requisite funds for creating the Infrastructure in the upcoming Industrial Estates for providing Uninterrupted Power Supply to Industrial Sector and also assured the Delegation to resolve the issues related to the Industrial Sector as early as possible for speedy Industrial Growth in Union Territory of J&K.