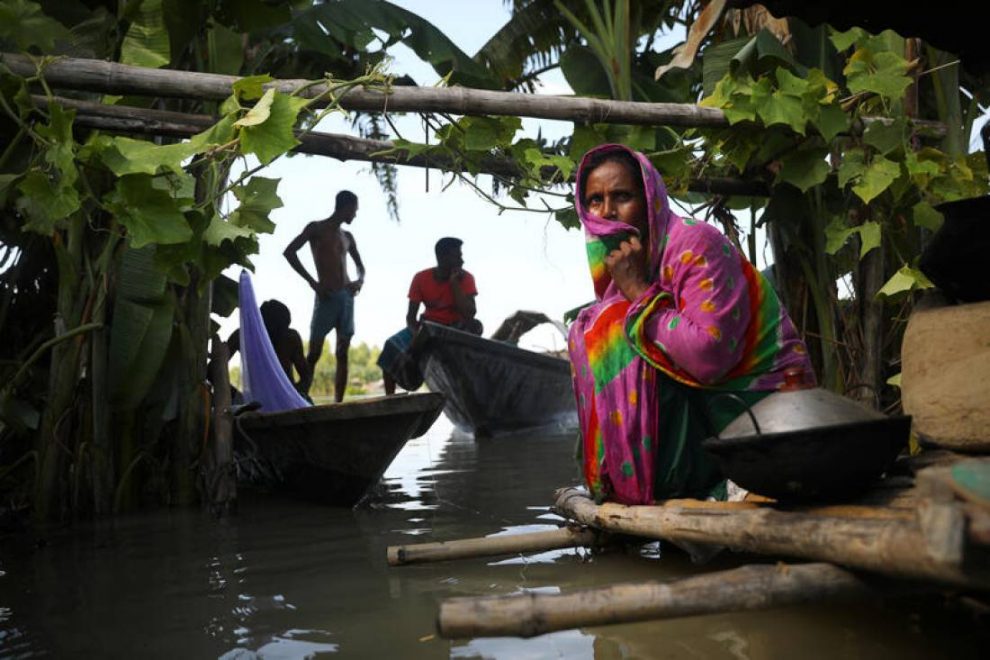 BARCELONA: The experience of having to respond so rapidly to the COVID-19 crisis should serve as a wake-up call to accelerate action to deal with climate change, which is already hitting vulnerable communities hard, the Red Cross said on Tuesday.

In its annual World Disasters Report, the world’s largest humanitarian network said the coronavirus pandemic had shown how governments can “take unprecedented steps affecting their entire economies, and find the necessary resources to robustly face a major global threat”.

The same level of “energy and boldness” should be mobilised to curb global warming and use a window of opportunity created by the pandemic to prepare for future shocks, it added.

“A global catastrophe of the magnitude of COVID-19 could finally open this window wide enough for us to look directly into the face of the climate crisis,” the report said.

At the same time, the pandemic has exacerbated the difficulties facing poor countries and communities struggling to deal with worsening climate and weather extremes as the COVID-19 situation soaks up scarce resources, it noted.

In the first six months after the pandemic was declared in March, more than 100 disasters occurred, from floods to storms, affecting more than 50 million people, it said.

Jagan Chapagain, secretary general of the International Federation of Red Cross and Red Crescent Societies (IFRC), cited Sudan as one country that had suffered such pressures – first a locust infestation, then COVID-19, followed by severe flooding.

Three months on, when he visited in October, more than 800,000 people were receiving minimal humanitarian support, with the transitional government forced to divert resources to tackle COVID-19, he added.

The economic stress exerted on poor nations by the pandemic – such as having to spend more on health while livelihoods are damaged by COVID-19 – plus a squeeze on funding for local groups often best placed to help their communities could prove catastrophic for the most vulnerable people, he warned.

“When you have a health impact, socio-economic impact and institutional impact (from coronavirus) coming together, and you have the climate crisis getting worse year by year, this is a very dangerous mix,” he told the Thomson Reuters Foundation.

The report included analysis showing some of the countries judged to be least able to cope with climate change impacts – from intensifying storms and heat to droughts and floods – were receiving the smallest amount of money per person to adapt.

“Resources are not reaching the countries that are most at risk and are most vulnerable,” said Chapagain, noting that even when money does arrive, it often fails to trickle down to communities on the ground.

Five out of eight countries with very high climate vulnerability – Somalia, Chad, Sudan, South Sudan and Afghanistan – received less than $1 per person in international adaptation funding in 2018, the report noted.

This is partly because aid funders often shy away from making climate investments in politically unstable countries with weak governments, fearing their money will be wasted.

The report called on donors to clearly identify the most climate-vulnerable nations and make accountable commitments to support them, including special funding windows for fragile states.

The report also called for a smarter approach to financing aimed at reducing disaster risk and helping protect people from the growing damage wrought by climate change.

That could involve things like releasing aid funding ahead of an emergency, based on weather forecasts, as happened in Bangladesh before heavy monsoon rains this year.

Providing assistance early can help families can move out of harm’s way or keep vital possessions safe, reducing the cost of relief afterwards.

Helping governments with limited human and technical resources set up the systems needed to tap into international climate funding might be another solution, the report noted.

In 2017, Afghanistan, for example, created a climate finance unit that works across ministries, pushing them to take climate change into account and identifying projects for investment.

The report also highlighted the need for aid agencies to put their own climate and environmental house in order, noting a recognition in recent years that the humanitarian sector “has a responsibility to be part of the solution”.

Kirsten Hagon, a senior analyst with IFRC and editor of the report, noted it was difficult to give an accurate estimate of climate-warming emissions from humanitarian work, as organisations use different ways of measuring them.

But based on a “crude” assessment comparing the cost of humanitarian aid – nearly $29 billion in 2019 – to global GDP, the report said the sector could be responsible for up to 0.03% of global emissions, a “modest, but not negligible” share.

There are many ways that could be reduced – for example, by sourcing relief goods instead of flying them in, providing cash rather than physical supplies or powering field operations with solar energy rather than fossil fuels, the Red Cross said.

To reduce environmental damage, agencies can do things like cutting back on plastic packaging in aid kits and providing displaced communities with alternatives to cutting down wood for heat and cooking.

“Our contribution to the climate crisis may not be that big, but we have to lead by example,” said Chapagain, adding the Red Cross had launched an effort to make its own practices greener.