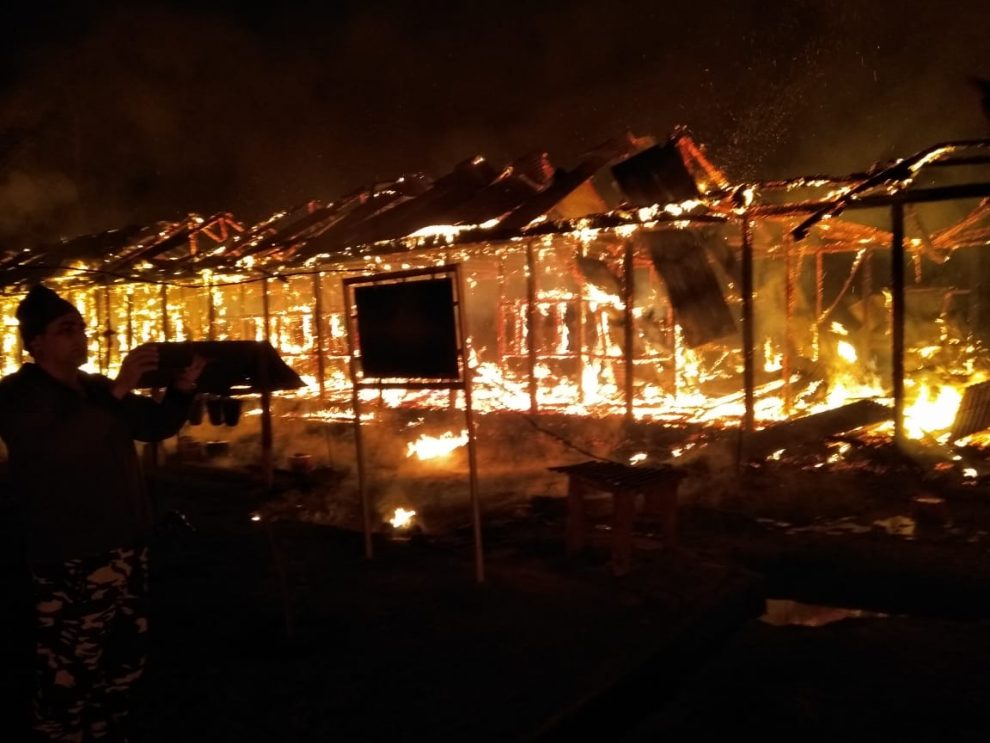 They said that the fire started at around 0300 hours from a barrack of 10th battalion SSB and spread in the vicinity. While at least seven barracks were damaged, no loss of life was reported in the incident hitherto, they said. Reports are also pouring in that the some arms and ammunition were damaged but official confirmation was awaited.

An official of the fire and emergency department told news agency that immediately after the information was received about the fire, several fire tenders were rushed to the area to put off the flames.

Tatto Ground houses several structures of army. In 2015, the then elected government headed by late Mufti Mohammad Sayeed made public announcement for a Citizen Park after army agreed to vacate 136 kanals of the land following a civil-military liaison conference.