The city of Baramulla, from which the district derives its name, was founded by Raja Bhimsina in 2306 BC. The city held the position of a gate-way to the valley as it was located on the route to the Valley from Muzaffarabad, now in POK, and Rawalpindi, now in Pakistan.

As such, a number of prominent visitors have been to Baramulla. These include the famous Chinese visitor Heiun T’Sang and Moorcraft, the British historian. Mughal Emperors had special fascination for Baramulla. Being the gateway of the valley, it was a halting station for them during their visits to the Valley. In 1508 AD, Emperor Akbar who entered the Valley via Pakhil spent a few days at Baramulla and according to “Tarikh-e-Hassan” the city during Akbar’s stay, had been decorated like a bride. Jahangir also stayed at Baramulla during his visit to Kashmir in 1620 AD.

In the 15th century, Baramulla became important to Muslims, as the famous Muslim saint Syed Janbaz Wali, who visited the valley along with his companions in 1421 AD, chose Baramulla as the centre of his mission, and after his death he was buried there. His shrine attracts pilgrims from all over the Valley. In 1894 AD, the sixth Sikh Guru Shri Hargobind visited the city. Baramulla thus became an abode of Hindus, Muslims, Buddhists and Sikhs living in harmony and contributing to a rich composite culture.

It was the oldest and the most important town in north of princely state of Jammu and Kashmir and the ‘Gateway of Kashmir Valley’ by Rawalpindi-Murree-Muzaffarabad-Baramulla Road until 27 October 1947. It became a part of Union of India when the Maharaja signed the Instrument of Accession on 26 October 1947.

Roads have been improved and road network has grown considerably in Baramulla town since 1947. New schools and colleges have started and better facilities for education have been created. More bridges on Jhelum river have been constructed or planned to connect the old town on the north bank of the river with the new town on the south bank. Decongestion of the old town has been attempted by moving some residents to houses in the new town. 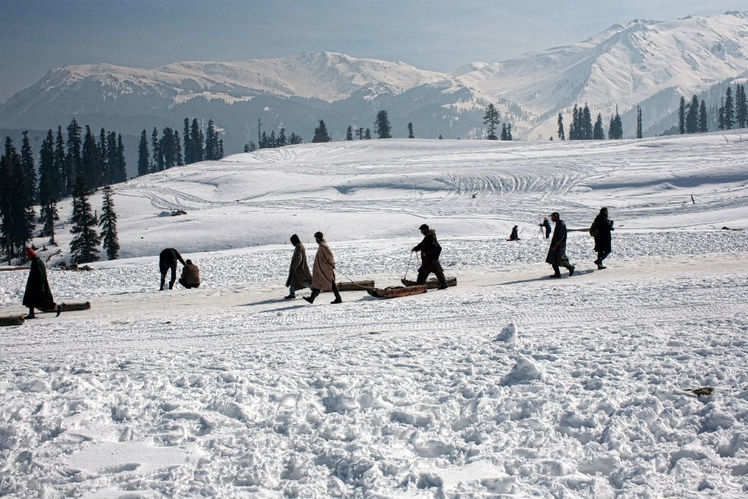 Gulmarg has some of most amazing treks in world (accessible in the summer). Skiing season starts from December till Early April. Snow Conditions are fantastic and you can get deep powder in Gulmarg ski resort every winter. The main attraction in Gulmarg is the Gondola. Finished in 2004, it runs up to 3995 meters, and is the highest “ski lift” in the world. 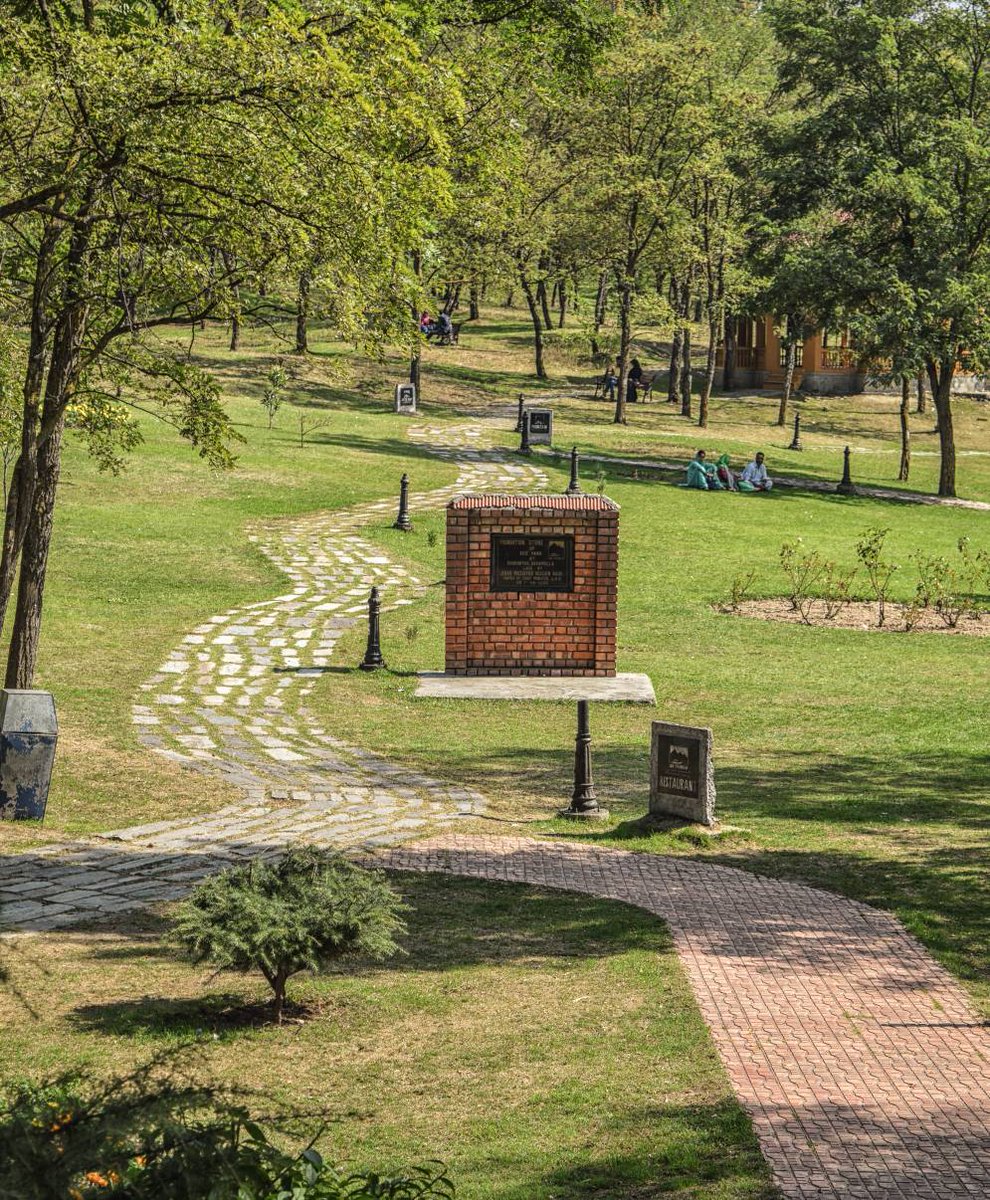 Baramulla Eco Park is located in the India state of Jammu and Kashmir. More specifically, this eco park is situated in the Khadniyar region of Baramulla district. The park has been set up in the middle of the River Jhelum and on the road connecting Baramulla town to Uri, about 5 kilometres from Baramulla town.

Parihaspora is an old town situated near the district of Baramula at 26 km from Srinagar. This town was the capital of Kashmir during the Shankervarman Regime. It was found in the 8th century AD by the king of Kashmir, Lalityaditya Muktapid. The most popular feature of this place is the ancient archaeological monuments present at the Parihaspora Pattan and the Pattan Bazaar. Apart from these monuments, the town also houses few remains of a Buddhist Stupa and monastery. A few Vishnu temples, Raj Bhawan, and a Chaitya were also found in an excavation held here in 1914. This site of excavation displays the construction style from large stones, which existed in ancient times.

Wular Lake, located at the base of Haramuk Mountain, in the middle of the towns of Sopore and Bandipore, has been declared as one of the largest fresh water lakes in the Asian continent. Wular Lake covers an area of 200 sq km and measures 24 km in length and 10 km in breadth. This lake is known among people as an ideal sunset point. 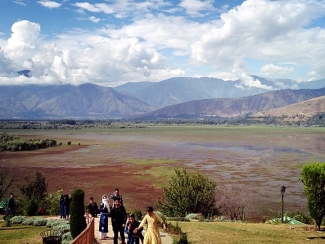 Sopore town was founded in 880 AD during the rule of King Avantivarman, and lies at a distance of 48 km from the district of Srinagar on the banks of the river Jhelum. It is the biggest trade centre of the North Kashmir region and is known among tourists as the ‘apple town of Asia’. The apples of Sopore are regarded as the best in the entire continent. 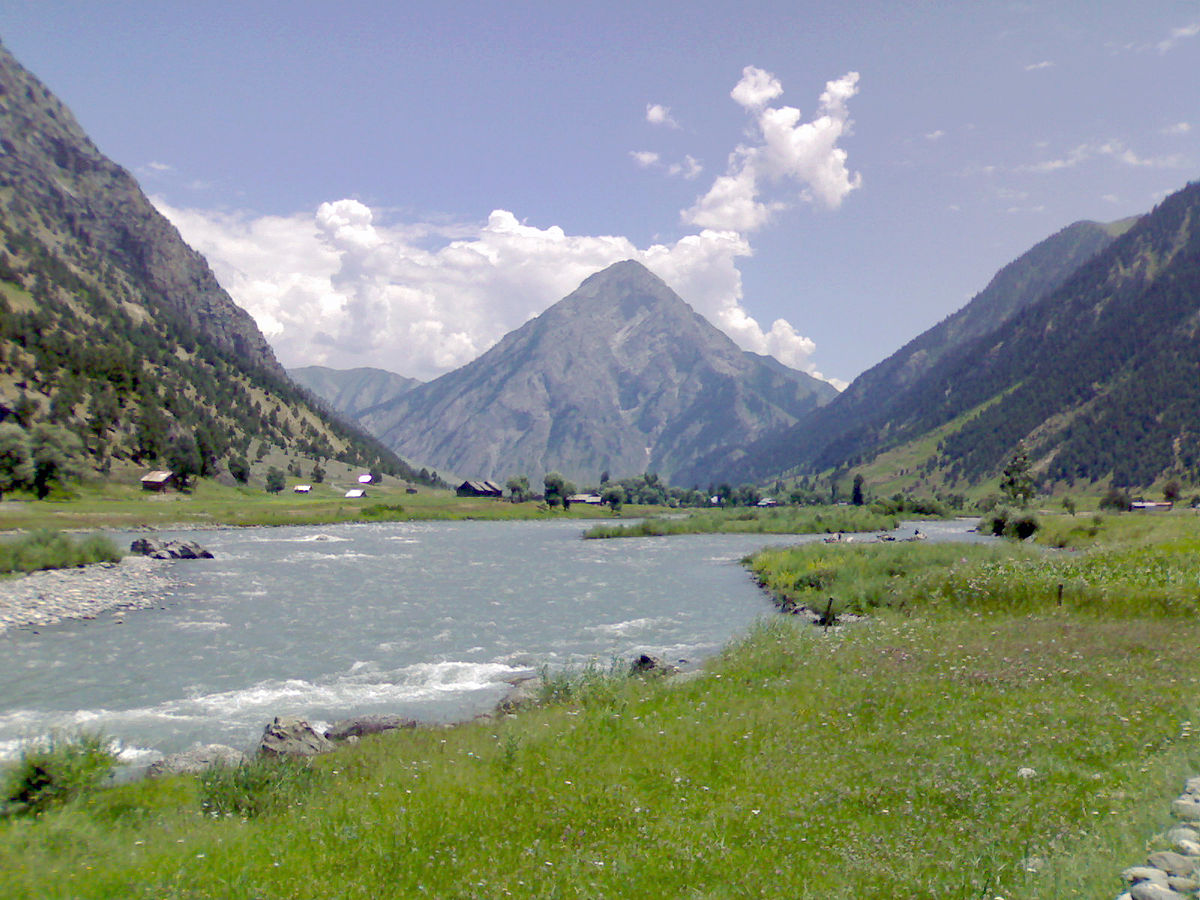 Bandipore district or (also spelt as Bandipora) is one of the 22 districts in Jammu and Kashmir state in northern India. Bandipore town is the administrative headquarters of the district. Bandipore, a township with peculiar scenic beauty is located in the foothills of the snow clad peaks of Harmukh overlooking the schores of Wular has produced hundreds, of scholars and intellectuals. Before, 1947, this town was a big trade and literary centre of Kashmir. Bandipore, the birthplace of great Historian, Hassan Khoehami. This district was carved out from the erstwhile Baramulla district in 2007.

A beautiful and serene lake tucked between the peaks of the mighty Himalayan Range, Jammu and Kashmir, Alpather lake is surely a delight for photographers and tourists alike. The more adventurous amongst you would love to take a ride on the back of a horse, brave the chilly winds and trot in the Himalayan terrains to reach the precincts of Alpather Lake. Lying at the base of the twin peaks of the 4511 meter high Apharwat peaks, this beautiful lake is alpine in nature and remains frozen through most parts of the year. 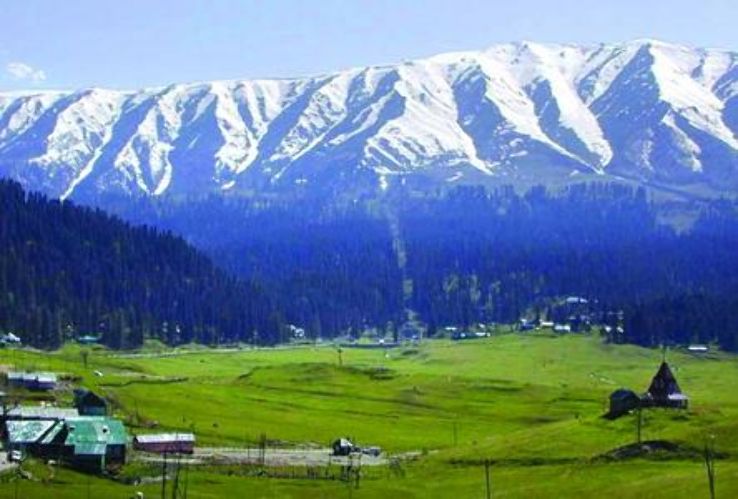 Khilanmarg is a small valley about 6 kilometres (3.7 mi) away from the Gulmarg. The meadow, carpeted with flowers in the spring, is the site for Gulmarg’s winter ski runs and offers a view of the surrounding peaks and over the Kashmir Valley. It’s a 600 metres (2,000 ft) ascent from Gulmarg to Khilanmarg. The view spans from the Himalayas from Nanga Parbat to the twin 7,100 metres (23,300 ft) peaks of Nun and Kun to the southeast.

The Shrine of Hazrat Baba Payaam-ud-Din Reshi lies 7 km northwest of Tangmarg, on the road to Gulmarg. In summer, it is a beautiful drive along a winding road full of pine trees, lush meadows and hillsides carpeted in daisies. Zigzag stairs lead up to the shrine, which is located high up on hill, with panoramic views. The ziarat (grave) of this Muslim saint is housed within a striking building, fronted by trefoil wooden windows and a 3-tiered spire. Four kilometres north from Baba Reshi, is Ningli Nallah, a snow-fed stream and waterfall that makes a lovely campsite. Off the tourist track, this has escaped the trail of litter usually left by day-trippers. So if you do picnic or camp here, please carry all the trash back with you, so that Ningli Nallah can stay as it is.

Shiva Temple is one of the very famous tourist attractions of Baramulla and is located in Gulmarg. The temple is also well-known as Mohineshwar Shivalalaya or Maharani temple. It is believed to be one of the majestic temples of Dogra Kings of Jammu and Kashmir. It was built by Mohini Bai Sisodhi, wife of King of Kashmir, Maharaja Hari Singh in 1915.