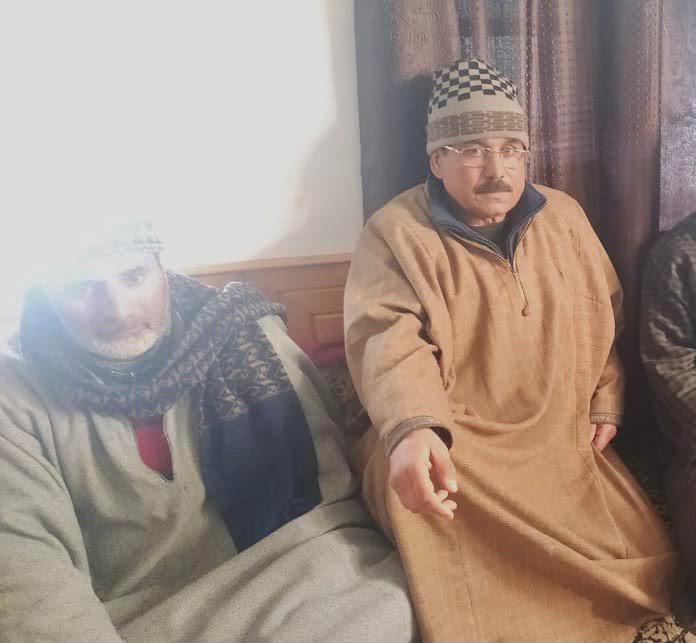 Bandipora, Jan 24: The family members of two youth, who were arrested in Jammu for allegedly killing an ATM guard of Jammu and Kashmir bank in Nanak Nagar area of Jammu, Sunday said that their sons were innocent and police should investigate the matter properly and keenly.

Talking to the news agency, Bashir Ahmad Lone, father of one of the accused Viqas Bashir, said that police should investigate the matter properly and keenly, as it is the question of one’s life.

“Our sons are innocent and we want the police to thoroughly investigate the matter. Police must not jump to the conclusion. The career and life of two budding students is at stake. Its beyond our imagination that they will commit such a heinous crime,” Bashir said.

He said that they also sympathise with decease ATM guard’s family and equally share their grief, however, police must come with concrete evidence against their sons.

“We have been pleading with the police to show us the CCTV footage that they are claiming has shown the involvement of our sons but till today we have not been shown that evidence,” he said.

Bashir said that Viqas was putting up with his maternal uncle at a rented accommodation in the area where the incident had taken place and they were there for the past 22 days.

“His uncle is suffering from life threatening disease and Viqas had accompanied him to Delhi for checkup. They had returned back 22 days ago from Delhi and were putting up in a rented accommodation in Jammu since then,” Bashir said.

He said that on the day of the incident Viqas was downstairs and was called by his uncle to come inside.

“Viqas told his uncle over the phone that somebody has been killed in the locality and everyone had gathered outside. But his uncle insisted him to come inside and later Viqas came back inside. How can one stay so normally with his family after comitting such a heinous crime, this is beyond our imagination. Police should come forward with some concrete evidence,” he said.

Notably, Raju Sharma, son of Gullu Ram hailing from New Plot area of Jammu, was found dead inside guard chamber of J&K bank ATM at sector 13 in Nanak Nagar at around 10 pm on Friday.

On Saturday, police claimed to have arrested two youth belonging to north Kashmir’s Bandipora district for allegedly executing the murder of ATM guard.

Bashir said that Kaif is Viqas’s second cousin and he too was living with his mother and sister in Jammu, as his mother is posted in Fire and Emergency department and they are with Darbar move offices.

“When the incident happened, Viqas and Kaif were picked up by the police from their respective places next day in the morning, saying that they were behind the killing of ATM guard. This is all they said. They did not show us any concrete evidences. How can out sons be murderers on a mere suspicion,” Bashir said.

He also appealed to the higher ups of the police department to allow the family to meet their sons in Jammu, as they have not been given any meeting chance since the day they have been arrested.

Bashir appealed to the Lt. Governor to personally look into the matter and ask the concerned police officials to come forward with concrete evidence.

“Police must satisfy us with concrete evidence. I request them to investigate the matter thoroughly and must not jump to the conclusion,” he said.

Bashir said that Viqas has also won a golf medal in kick-boxing championship and he has completed his graduation at Islamia College in Srinagar while Kaif was pursuing medicines in Haryana for the last three years.