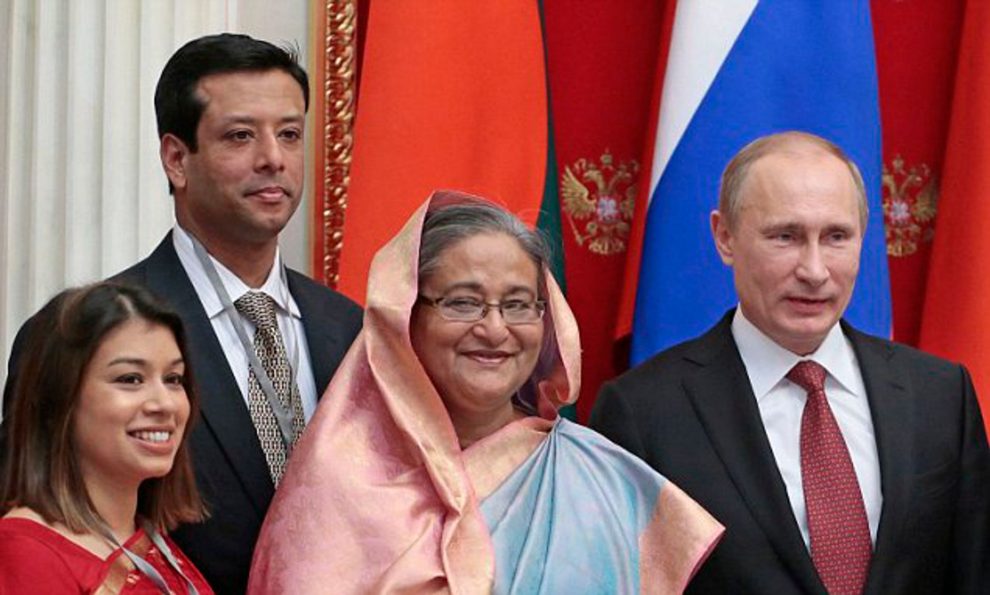 The issue of Rohingya refugees has turned out to be a major problem for Bangladesh in recent times, especially after the mass exodus of Rohingyas from Myanmar in August 2017. Bangladesh has tried to engage bilaterally with Myanmar and also attempted to garner international support to deal with this problem effectively. It has managed to get support not only from the Western countries and the Muslim world but also from important international organisations like the United Nations (UN). Despite this, the problem is far from resolved. In its bid to find a solution to this problem and to repatriate Rohingyas to Myanmar, Bangladesh has now sought the help of Russia as the relationship of the Myanmar junta with Russia is gathering strength.

The Rohingya crisis has existed for a long time. The first instance of migration of Rohingyas from Myanmar to Bangladesh was seen in 1977. Since then, Rohingyas have been migrating to Bangladesh intermittently. But in August 2017, a mass exodus of Rohingyas took place, after Rohingya Arsa militants launched deadly attacks on more than 30 police posts in Myanmar.1 The migrants joined around 3,00,000 people who were already in Bangladesh from previous waves of displacement. According to an assessment done by UNICEF (United Nations Children’s Emergency Fund), by September 2019, around 12,95,000 people needed assistance. By the end of 2020, the Cox’s Bazar District in Bangladesh was still hosting more than 8,60,000 Rohingya refugees from Myanmar.2 In December 2020, the Bangladesh government moved nearly 20,000 Rohingya refugees to Bhasan Char, a remote silt island in the Bay of Bengal, amidst international uproar. Countries like Bangladesh have alleged that Rohingyas were driven out by the Myanmar Army as part of ethnic cleansing. On the other hand, the Myanmar Army, also known as Tatmadaw, stated that a large number of Rohingyas were indulging in terror activities and therefore the army had taken steps necessary for law enforcement. Whatever may be the truth, the Rohingya migrants in Bangladesh effectively form the world’s largest refugee camp.

Although Bangladesh is sympathetic towards Rohingya refugees who are predominantly Muslim, it wants them to go back to Myanmar. Bangladesh is a densely populated country, and large numbers of Bangladeshis themselves have been legally or illegally migrating to other countries. In such circumstances, it is difficult for Bangladesh, a lower-middle income country, to accept Rohingya refugees in large numbers. Though it has been getting international help for the upkeep of these refugees, the pressure on land has been significant. Moreover, many Rohingyas have also created law and order problems.3 Hence, Bangladesh has been trying to persuade Myanmar to take back these refugees. It has also approached major Western powers and international institutions to put pressure on Myanmar.

To resolve the crisis, Bangladesh had earlier undertaken a tri-lateral initiative with China and Myanmar which began in 2019. A series of meetings at ministerial, secretary and high official levels took place, after which Naypyidaw hinted that it would start taking back Rohingyas from the second quarter of 2021. However, the military coup in Myanmar in February 2021 completely stalled this process.

The coup in Myanmar has resulted in huge pro-democracy protests, making the domestic political situation tumultuous. The protests have also brought in their wake Western pressure on Myanmar, asking the military junta to restore democracy. At the same time, Myanmar has reinvigorated some of its old relationships, prominent among them is its relationship with Russia.

In the past, Myanmar largely depended on China for political, military and economic help. China also greatly benefitted from this relationship, as it got one more route to get oil from Gulf countries. However, China has also engaged in certain activities that have created problems for Myanmar. Myanmar suspects that China is helping rebels in bordering areas. Last year, Myanmar’s Senior General Min Aung Hlaing openly complained about “strong forces” backing some of the rebels.5 Myanmar has tried to deal with this rebellion with the help of Russian arms.

Myanmar now wants to reduce its dependence on China. Moreover, it is also facing great international pressure to restore democracy. In these difficult times, made worse by the COVID-19 pandemic, Russia has emerged as an important support.6

Before 1991, Soviet Union was an important player in Southeast Asia. However, after the dissolution of the Soviet Union, the situation changed. Russia, its successor state, is now trying to recover some of the lost ground. Russia also wants its presence felt in the Indian Ocean. It is looking towards Myanmar as an important ally, where Russian ships visiting the Indian Ocean can dock.

The Russia–Myanmar relationship is gathering strength. Bangladesh now wants to use this increasing bonhomie between Russia and Myanmar for its own benefit. Bangladesh wants Russia to start a tri-lateral process with Myanmar to reach an amicable solution to the Rohingya refugee crisis.7 In this regard, Bangladesh Foreign Minister AK Abdul Momen made a request to his Russian counterpart Sergey Lavrov during their recent meeting in July 2021 in Tashkent, Uzbekistan on the sidelines of an international conference on connectivity. However, the Russian foreign minister Lavrov didn’t make any commitment straightaway.8

Bangladesh has imported weapons from China on a large scale in the past, however, in the last one decade or so, Russia has also emerged as an important supplier. Besides, Russia is building the Rooppur nuclear power plant in Bangladesh. Though Russia has an interest both in Bangladesh and Myanmar, it is not going to be easy for Moscow to take a stand on the Rohingya issue. It is hardly surprising that Russia has been careful not to take sides and has encouraged Myanmar to tackle the issue bilaterally.

The author is associate Fellow at Manohar Parrikar Institute for Defence Studies and Analyses. Views are personal and the article first appeared on IDSA.