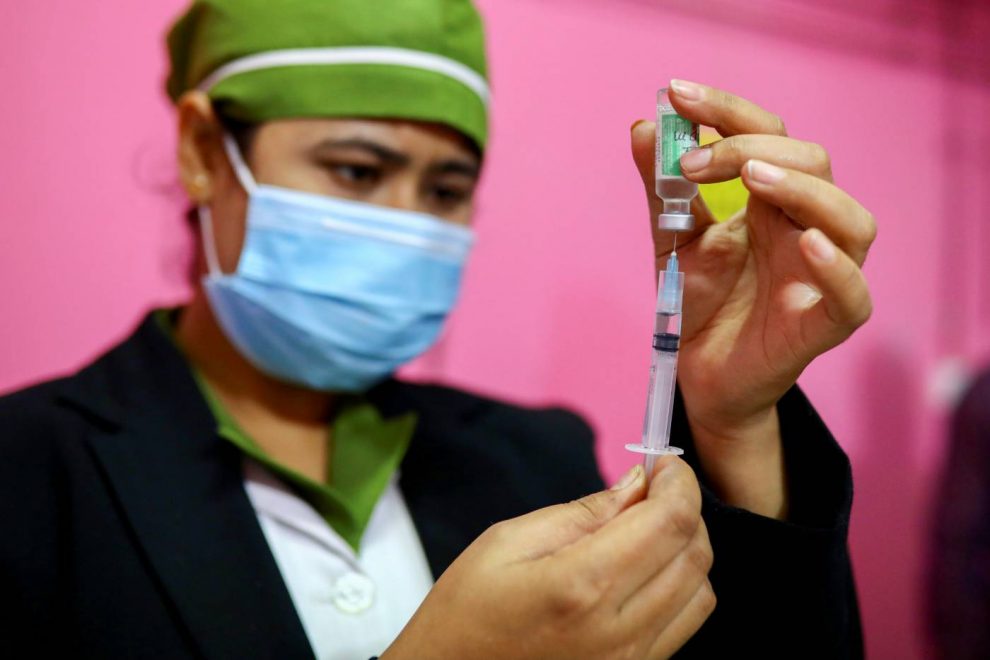 DHAKA: Bangladesh has started inoculating older sex workers at the country’s biggest brothel in a push to protect the most vulnerable in the pandemic, officials said on Wednesday.

At least a dozen women, all over 40, in the Daulatdia brothel, about 100 km (60 miles) west of Dhaka, were inoculated this week, according to workers at the brothel.

Any Bangladeshi over 40 can register for the vaccine, according to Bangladesh’s health ministry. Frontline workers – be it nurses, police or journalists – can get a COVID-19 jab at any age.

Among the 1,400 sex workers who live in the brothel, one of the biggest in the world, few knew how to register for the jab, workers said.

“If I don’t reach them, they may not come. They are a group that does not frequently mingle with the mainstream community and may be forgotten. It’s important to encourage groups like them who are disadvantaged,” said Dr Asif Mahmud of the Goalanda district where the brothel is based.

Bangladesh is home to about 100,000 sex workers, charities say. Business slowed in lockdown – the brothel needed emergency food support during lockdown last March – but the pace picked up as restrictions lifted mid-year, according to NGO officials.

The country, which aims to inoculate 80% of its population of about 170 million, launched a vaccination drive in the first week of February and has since vaccinated nearly 2.5 million people.

Sex work is allowed in brothels but most women work on the streets or in private homes, often risking police detention.

About 8,379 people have died in Bangladesh since the pandemic began in March, according to government data.

Most sex workers thought it was “a hassle” to register online, said Ataur Rahman Manju of the rights group Mukti Mahila Samity. But groups like his had worked to spread the word and boost takeup, he said, adding: “They are an integral part of society, we can’t keep them aside.” One 45-year-old sex worker, who did not want to be named, had her first jab on Wednesday and said that she was trying to encourage other women in the brothel to follow suit.

“I am telling the girls that they won’t be able to get the needle (vaccine) even if they have a 100,000 taka ($1200), that’s how precious and important this is,” she told the Thomson Reuters Foundation.

“We live in a place where people from different areas visit, so, I think it’s quite important for us to be safe,” she added.