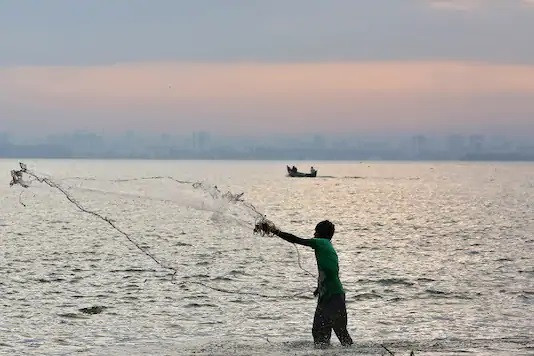 The stage is set for the development of the deep sea Matarbari Port Development Project (MPDP) in Bangladesh. The Japan International Cooperation Agency (JICA) has agreed to provide US$ 25.4 million in financial assistance for the project and a Japanese consulting company, Nippon Koei Joint Venture, has been short listed to provide engineering-related services. The MPDP is expected to commence commercial operations in 2026, and would be capable of receiving  8,500 TEU post-Panamax vessels. Plans are also underway to enhance the port’s capacity to 2.8 million TEUs annually by adding more berths in the future. The MPDP emerges in the background of the “Big-B” concept, i.e. Bay of Bengal Industrial Growth Belt, which was announced by Bangladesh and Japan in 2014. The port is being linked with a national highway and the MPDP includes construction of a connecting road.

There are at least two major spinoffs that would accrue to Bangladesh and the Bay of Bengal region. First, it will reduce Bangladesh’s “dependence on the feeder vessels to ferry export-import goods from different foreign ports.” Nearly 90 per cent of Bangladesh’s trade is carried onboard ships that operate out of three ports—Chattogram, Mongla, and Payra. In 2017-18, Chattogram port accounted for 98.43 per cent of Bangladesh’s seaborne container trade and the balance was moved through Mongla port. Bangladesh relies on major container transshipment ports in Singapore, Sri Lanka, and Malaysia for its international containerised trade.

While the MPDP’s contribution to the Bay of Bengal region’s Blue Economy potential is widely welcomed and acknowledged, it is also necessary to keep in mind the strategic dynamics that have been at play in the region, which remain deeply rooted in the security calculus of the regional countries. Given the dual nature of maritime infrastructure projects, these are often viewed as a security challenge, particularly when such projects involve China. A useful example is the Chinese Belt Road Initiative (BRI), under which several port development projects in the Indian Ocean have attracted strategic concerns. Doraleh (Djibouti), Gwadar (Pakistan) and Hambantota (Sri Lanka) have often been labelled as Chinese naval outposts that facilitate operations by the Chinese Navy. It is not surprising that Chinese assisted port projects in Bangladesh and Myanmar have been a matter of concern for India. Similarly, China’s Kra Canal project—which involves building a channel across south Thailand and can potentially reduce shipping distances by at least 1,000 km—has engendered security concerns in India.

While the tensions between economic opportunities and strategic concerns have been a feature of many of the Bay of Bengal maritime infrastructure plans and projects, a new opportunity has emerged for Bangladesh to lead the regional Blue Economy. The concept of Smart Ports is resonating across the maritime world and according to experts, only ‘smart ports’ will survive where to play roulette online for free. Industry 4.0 technologies such as Artificial Intelligence, machine learning, blockchain, big data, autonomous systems, etc are “up-scaling the efficiency of the maritime connectivity eco-system,” Among the major container ports with which Bangladesh conducts container trade, the Port of Singapore is highly digitalised, and Sri Lanka’s Port of Colombo has taken some initiatives in this direction. It will be useful to explore Industry 4.0 technologies that can be part of the MPDP operations.

In fact, these technologies have a major role to play in the development of Blue Economy and will be critical for marine spatial planning, including port development projects. Bangladesh has positioned Blue Economy as high priority and the political leadership has given it the top position among the drivers for national growth. The next step should be to invest in Industry 4.0 technologies that add to improving efficiency and bring added value to the MPDP and Blue Economy in the Bay of Bengal.

China and the Geopolitical Impact of COVID-19
Conflict Weekly: Trump impeached by the US House, Hazara miners buried in Pakistan, Farm laws stayed in India, and the Crisis escalation in CAR
Comment