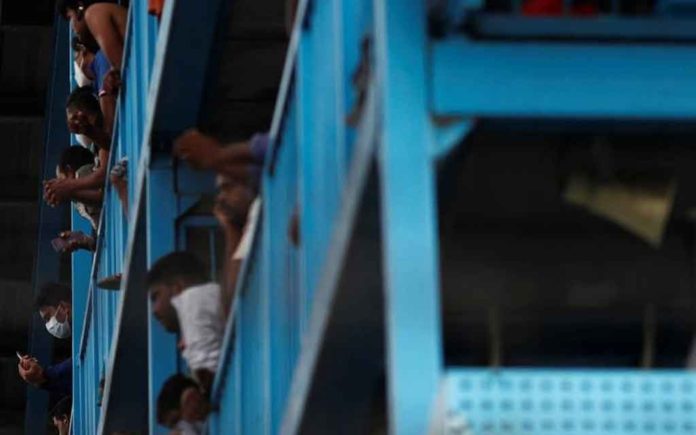 DHAKA: Bangladesh came under fire on Wednesday for arresting about 80 migrants who returned from Vietnam after protesting over false job offers, with human rights groups demanding their release.

The migrants protested in front of the Bangladesh Embassy in Vietnam in July after paying up to $4,000 each for jobs that never materialised. Some livestreamed the protests and a few forcefully entered the building, embassy officials said.

In documents shared with the court on Tuesday, the police said the migrants had spoiled Bangladesh’s image and that they were planning illegal activities.

“We have arrested them under Section 54 and are investigating the matter,” said Nurul Muttakin the officer-in-charge, referring to a law that allows the police to make arrests if they have reasonable suspicion of an offence.

The migrants were arrested after completing a 14-day quarantine in an isolation centre near the airport in the capital, Dhaka, after returning home from Vietnam last month.

Bangladesh is one of the largest exporters of manpower in the world and heavily depends upon its remittances. But its recruitment system relies mostly on an informal network of brokers, which, campaigners say, opens the door to exploitation.

The police are yet to charge the migrants with a crime but asked to keep them in jail until the investigation was over.

“If anyone needs to be arrested for spoiling the country’s image then that should be the recruiting agencies who cheated the migrants,” said Tasneem Siddiqui, founder of the Refugee and Migratory Movements Research Unit, a think-tank.

“We believe that the concerned authorities will understand this and take steps to let the migrants go.”

Shamsul Alam, head of the government’s Bureau of Manpower, Employment and Training, which regulates the country’s migration process, declined to comment on the ongoing investigation but said he had closed six recruiting agencies involved in the case.

The U.N.’s migration agency last month found more than 70% of Bangladesh’s migrants go abroad due to lack of jobs and opportunities at home and that 99% said they would stay if they had better job offers in Bangladesh.

Shariful Hasan, head of the migration programme at the charity BRAC, also condemned the arrest in July of about 200 returning migrants, largely from the Middle East, most of whom are still behind bars.

The migrants were also arrested under Section 54 of the Code of Criminal Procedure and have not yet been charged.

Hasan said such cases could deter migrants who may have been exploited from approaching their embassies for help in future.

The wife of one of the arrested men said she had borrowed $3,500 to pay for her husband’s job in Vietnam and did not know how to repay the loan.

“Why are they punishing my husband and not the brokers? They are the ones who cheated us,” the woman, who declined to publish her name, told the Thomson Reuters Foundation.