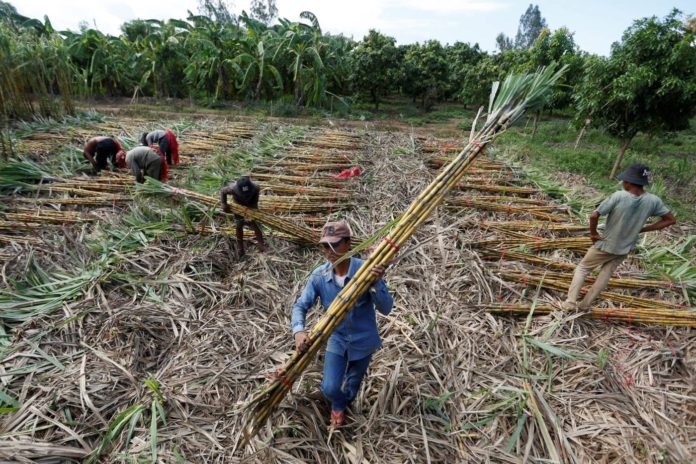 BANGKOK: A Bangkok court on Friday agreed to grant class action status to more than 700 Cambodian families suing a Thai sugar firm for evicting them from their homes, a lawsuit that human rights experts see as a test case for transboundary disputes.

The lawsuit against Asia’s largest sugar producer Mitr Phol, for the evictions in 2008-09, is the first class-action lawsuit filed in a Thai court by plaintiffs from another country against a Thai company operating outside Thailand.

A lower court had earlier denied class action status on grounds including the villagers’ lack of Thai language skills.

“Today’s ruling is a watershed moment for human rights and corporate accountability in Southeast Asia,” said Ming Yu Hah, a deputy regional director at advocacy group Amnesty International, which filed a third-party intervention in the case.

“The decision rightly recognises that national borders must not provide corporations with a free pass, nor should they pose a barrier to anyone seeking justice for alleged human rights abuses,” she said.

Mitr Phol has a “strong commitment to social responsibility, and upholding laws and regulations in every country in which we are operating in,” the company said in a statement.

It has previously said it had received the land concessions in compliance with local and national laws, and that it withdrew from the project in 2014, and had recommended that the government return the land to the communities.

Following protests, Cambodian Prime Minister Hun Sen announced a moratorium on new concessions in 2012, promised to review old ones, and set up a land titling programme to resolve disputes.

But the reviews did not always lead to significant changes, and land was often retained by the government after concessions were cancelled, according to land rights activists.

The farmers in Oddar Meanchey province in northwestern Cambodia said their homes were bulldozed and razed to the ground, and that they had not been compensated or resettled.

Companies have a responsibility under the United Nations guiding principles to prevent, mitigate and remediate human rights abuses “throughout their operations”, said Surya Deva, a member of the U.N. Working Group on Business and Human Rights.

“Companies investing overseas should be on notice: if they abused human rights or polluted the environment, there will be nowhere to hide,” he told the Thomson Reuters Foundation.

Friday’s ruling allows the families to bring the case in a country with a more robust legal system, and saves them the cost of filing individual lawsuits, said Eang Vuthy, executive director of human rights group Equitable Cambodia.

“The affected communities must receive justice and fair compensation for the loss of their homes and livelihoods, for which they have fought for more than a decade,” he said.