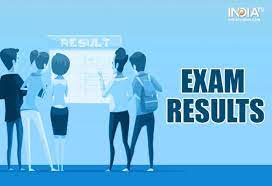 BANDIPORA: North Kashmir’s Bandipora district, which was once known as a knowledge hub, registered the lowest percentage yet again thus raising a question mark on the education sector of the district.

Details revealed that the district has fallen to the bottom of the list as only 1655 candidates from a total of 2561 have managed to pass the examination thus pulling down the pass percentage to 64.62, which clearly indicates the decreasing standards of education in the district.

The details further revealed that the district has produced two students in the overall toppers list as the duo girls have obtained 500 out of 500 marks.

Notably, Bandipora district is known for three things, Alim (Knowledge), Adab (Literature) and Aab (Water) but now the (Alim) knowledge is not being maintained because for the last few years the results of the district’s tenth grade have been consistently poor.

Expressing their concerns over the poor performance in the 10th-grade results, parents have questioned the administration, saying they should take the issue seriously. They said that a good system is needed to improve the education sector in the district.

Meanwhile, a group of students said that students should pay attention to their studies. “The teacher will not be able to do everything for the students. They must also support their teacher to achieve success, ” Mehak Nazir, a female student said, adding that everyone should be serious about their studies.

Zeeshan Manzoor, another pass out student said that hard work is necessary for everything, which every student has to keep in mind to become successful. He further said that the administration should also keep a close eye on its education sector.

Several educationalists blamed the parents and their children for their poor performance. They said that the parents do not take care of their wards, their day to day activities, their friend circle and their hobbies.

“Majority of the children have been using smartphones in manner less and useless ways which have a direct impact on their studies. The drug addiction, excess use of smartphones, disobedience, less attention to studies and other ill manners are the major factors which have degraded the value of Amin, adab and aab,” they said.

Meanwhile, officials said that necessary steps would be taken after a detailed review on the education sector and improvement will be done wherever needed. “The parents also need to take special care of their children’s education, If they find any shortcomings, they should approach the administration, which will keep the education system well established,” officials said—(KNO)

Focus on your education and career, avoid getting provoked: Students from J&K urged
Burglary attemp reported at J&K Bank Chittergull in Anantnag
Comment