Bandipora is the administrative headquarters of the district of Bandipora in the state of Jammu and Kashmir, India. It is located on the northern banks of Wular – the second largest fresh water lake in Asia. Bandipora has a terraced garden similar to that of Nishat Bagh in Srinagar. In Kashmiri there is a famous phrase about Bandipora or in other words Bandipora is famous for three A’s – A’lim (knowledge), Adab (good habits or literature) and Aab (water).As can be known from the folklore, the name of Bandipora originated either from Bund of Wular as Bund e pur, from the local Folk-singing Bands as Baand e pur or from the enlosed geographical location as Bandh e pur. Bandipora is bound by mountains on three sides and by Wular Lake in the fourth. Bandipora is situated on the banks of the Wular, the largest fresh-water lake in Asia which is home to a lot of migratory birds. Inadvertent dumping of the polluted river waters and sewage affluence has led to a pandemic growth of algae in the waters of the Wular which is threatening the lake and its supporting life itself. The main source of pollution to Wular is Jehlum river. Jehlum river carries all the wastes from Srinagar city and other surrounding areas and deposits it in Wular. Despite being the richest wetland of South Asia and Largest Fresh water lake in Asia, no steps have been taken to save Wular. Bandipora is also a stepping town to the higher reaches of Razdan, Gurez and Tragbal. The famous Lolab valley in Kupwara district is adjacent to the Bandipora. It is just 30 km from Bandipora via Aaloosa village. Once this road is upgraded it will become a lifeline of the Lolab valley and it will provide an additional route to the Kupwara district. Bandipora was the connecting link between North India and Central Asia via the Silk Road. At Pazalpora village there was a custom and immigration department which is now a forest check post. Due to the fact, Bandipora is also known as Gateway to Central Asia. There are strong links between skardu gurez and Bandipora

One of the sacred places of Hindus is Danishwar,locally also called as Chota Amarnath. It a cave in dense forests of Arin. Pilgrim have to crawl about 60 meters to reach a cave where there are engraved features of Lord Shiva. People used to go there on the Sharvan Purnima,the date on which Amar Nath Yatra is being performed.

The famous Nishat Park in Bandipora was constructed in 1954 under the supervision of the then Prime Minister of Jammu and Kashmir, Bakhshi Ghulam Mohammad.Nishat garden Srinagar is the largest one of the Mughal gardens in Kashmir.Nishat park  Bandipora is built in accordance with the Nishat Garden Srinagar and is in the outskirts of main market Bandipora,It features Beautiful and various Flowers and Trees and provide with a quite and relax environment place for the tourists and people of Bandipora. 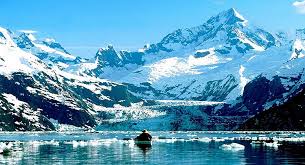 Wular Lake (also spelt Wullar) is a large fresh water lake in Bandipore district in the Indian state of Jammu and Kashmir. The lake basin was formed as a result of tectonic activity and is fed by the Jhelum River. The lake’s size varies from 12 to 100 square miles (30 to 260 square kilometers), depending on the season.The lake is one of six Indian wetlands designated as a Ramsar site. However it faces environmental threats including the conversion of large parts of the lake’s catchment areas into agriculture land, pollution from fertilizers and animal wastes, hunting of waterfowl and migratory birds and weed infestation in the lake itself.The Tulbul Project is a “navigation lock-cum-control structure” at the mouth of Wular Lake.