Home Newsfeed Bandh against CAB in Tripura will not be effective: Biplab Kumar Deb 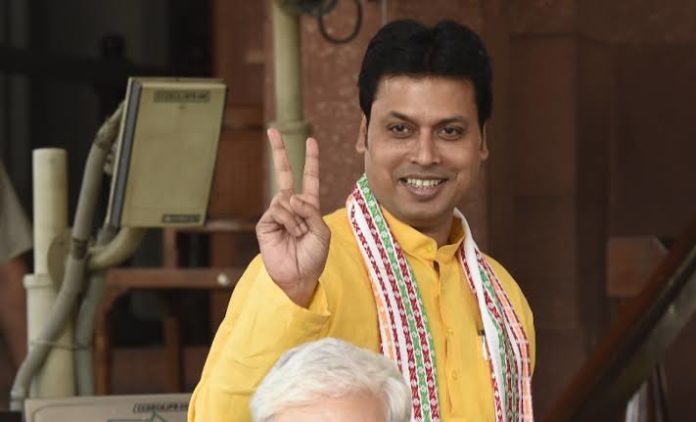 Tripura Chief Minister Biplab Kumar Deb on Tuesday said that there will be no effect of the bandh called against the Citizenship (Amendment) Bill in the state.
“When Home Minister Amit Shah has categorically mentioned that Citizenship (Amendment) Bill will not be implemented in Tripura Tribal Areas Autonomous District Council then why has a section called this bandh. It is just to destabilise the peace and development of the state,” Deb told reporters here. The Citizenship (Amendment) Bill, 2019, was passed with a majority of 311 votes against 80 votes in Lok Sabha where 391 members were present and voting.
The bill will be tabled in Rajya Sabha on Wednesday, according to sources.
It seeks to grant Indian citizenship to non-Muslim refugees who came from Pakistan, Bangladesh, and Afghanistan on or before December 31, 2014.