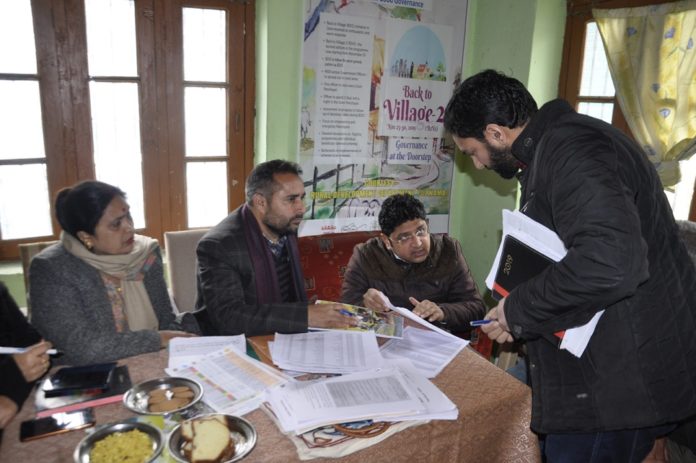 PULWAMA, NOVEMBER 25: ‘Back to Village’ Phase II programme (B2V2) was today started in the district Pulwama with huge participation of the people in 50 Panchayat Halqas of the district

On the inaugural day, District Development Commissioner, Dr Raghav Langer visited Ladoo where he interacted with the locals who apprised him about the demands and issues projected during the B2V2. They also raised the demands regarding day to day matters pertaining to uninterrupted electricity, inadequate water supply, macdamization and repairment of roads, construction of lanes and drains, up gradation of School, better health and improvement in power transmission lines, repairs of damaged transformers and other issues.

The DDC after listening to various public demands said that the aim of “Back to Village” programme is to address public grievances at grass root level and instead of public coming to Government offices, administration reaches out to the people at their doorstep to listen to their grievances, after which they will be put forward to the Government for early redressal.

During the Gram Sabhas people were educated about the various flagship programmes and welfare schemes pertaining to different departments for the upliftment of rural livelihood.