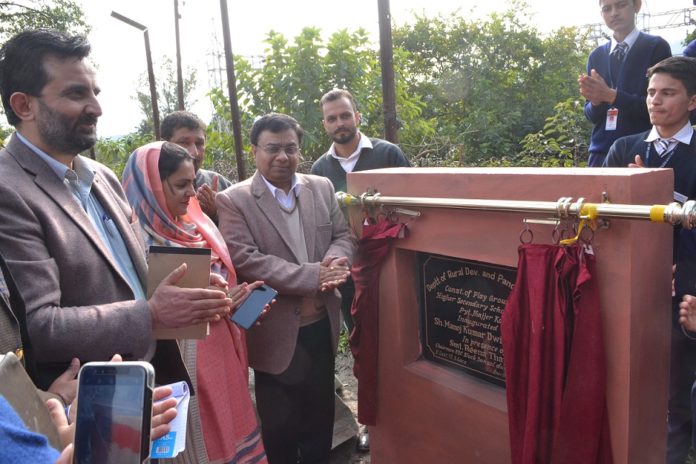 The visiting officer took detailed review of implementation of B2V1 decisions and functioning of various departments. He asked officials to conduct regular camps at Panchayat level so that issues are addressed promptly and in a time bound manner. The Commissioner also held a meeting with Panchayat members and sought their feedback regarding various government schemes. A gram sabha was conducted in which public from all wards of JhajjarKotli panchayat projected their grievances and demands. They raised issues pertaining to NHAI, Health, PWD and other departments. They also demanded upgradation of Health sub centre to Accidental hospital/Trauma centre.

Responding to grievances regarding NHAI, he constituted a team comprising Tehsildar, BDO and NHAI officials to conduct spot visit and submit suitable action plan within one week. He asked PWD officials to submit proposal for maintenance of Old JhajjarKotli link road. The officials from PHE department informed that water supply infrastructure is being upgraded and will show significant improvement in coming months.

It was informed that out of 251 registered beneficiaries under PM Kissan, 235 have availed first installment and 180 have got second installment. The DSWO Jammu informed that all eligible 136 Old age pension cases of the panchayat have been sanctioned. Besides, 28 Ladli Beti and 8 handicapped pension cases and have been sanctioned for the Panchayat. Earlier, the visiting officer distributed school uniforms among local primary school students and Wheel chairs to physically challenged persons.

The Commissioner inspected ongoing work being executed by Tourism department at Jhajjarkotli. He asked the officials to revisit the plan to make it more comprehensive in terms of attracting more tourists. He   inaugurated playground constructed at the cost of Rs 12.05 lakh under B2V1 program and Community Sanitary Complex completed at a Rs 1.80 – the foundation stone of which was laid by him under B2V1.