Gulam Nabi Azad in his farewell speech was not as vocal and critical of the government as was expected in an atmosphere of bitter political battles being fought between the ruling party and a desperate opposition.

It was more of his personal story and the bonhomie he has had with the prime minister and many more among the saffron brigade.

Azad never looked like singing his political swansong, instead looked like preparing for a more serious role as part of his left over ambitions. Prime Minister’s assurance not to let him retire and to keep his doors open for the veteran congressman would keep everyone guessing. On his part Azad in his speech did not even touch the contentious issues most surprisingly the controversial farm laws. Azad was again conspicuous by not reminding the government about his own political stand on Jammu and Kashmir. It was all along Gulam Nabi Azad and not the leader of opposition speaking in the upper house on such an important occasion. Full of life Azad certainly has many more years of active political life left in him.
Given his present weak position in the Congress and making new friends on the wrong side of his perceived ideology he may end up like running with the hare and hunting with the hounds. 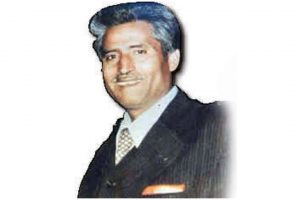