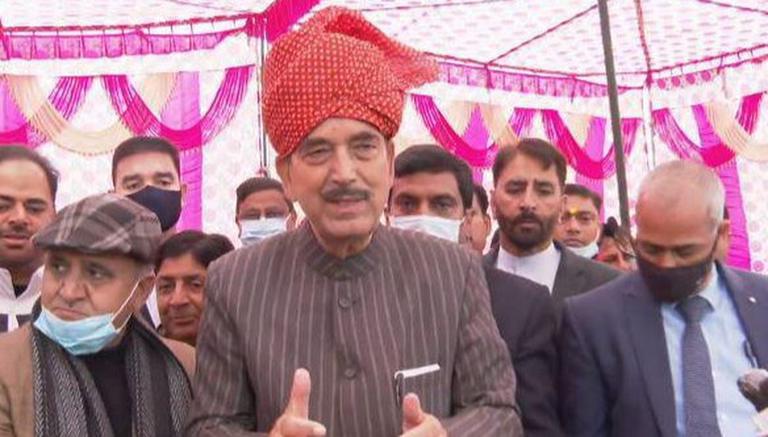 Sources told that Azad arrived in the Jammu late evening were several leaders, including former minister Viqar Rasool Wani, Manohar Lal Sharma, Jugal Kishor Sharma and others received him at the Airport.

Azad held discussions with his loyalists at Jammu residence.

Sources said that during the four-day visit, Azad will hold talks with different sections of society, including his own core group over burning issues of Jammu and Kashmir including the interim report of the delimitation commission.

Though Azad has come to attend a private function, he will meet several senior party leaders on Sunday.

Meanwhile, the faction in Jammu and Kashmir Congress is quite evident nowadays as Azad didn’t share stage with president Ghulam Ahmad Mir and other office bearers of JKPCC. There are two factions of Congress, the team of JKPCC led by Ghulam Ahmad Mir while a faction of Ghulam Nabi Azad loyalists, who earlier resigned demanding Mir’s removal from the president’s post.

Pro Azad leaders are rarely seen in the programs, dharnas, and demonstrations organized by JKPCC. Recently, GM Saroori, Manohar Lal Sharma and some other leaders had resigned from their posts, which was accepted by the party high command—(KN