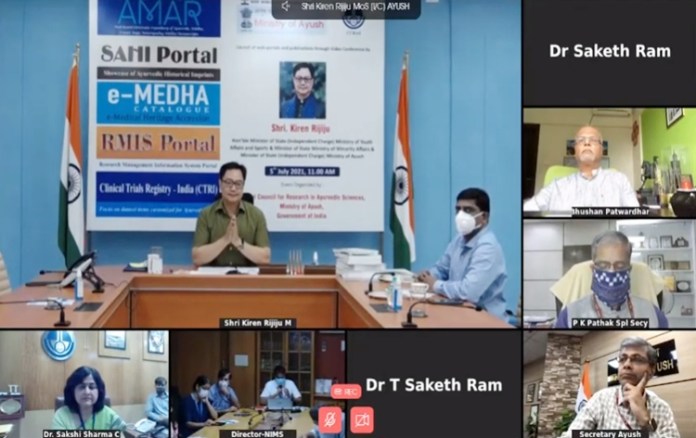 While launching the portal, Mr. Rijiju has said, Ayurveda and Yoga are rich cultural heritage of India and mindset needs to change about Ayurveda and Indian traditional knowledge. He said, this mindset is wrong, that Ayurveda is not scientific. Talking about the National Digital Health Mission, he said, Ayush Ministry will play an important role in this mission.

The Ayurveda Dataset of CTRI has been jointly developed by Indian Council of Medical Research (ICMR) and Central Council for Research in Ayurvedic Sciences (CCRAS) under the Ministry of Ayush. Mr Rijiju also launched four more portals-AMAR, SAHI, e-MEDHA and RMIS during the event.