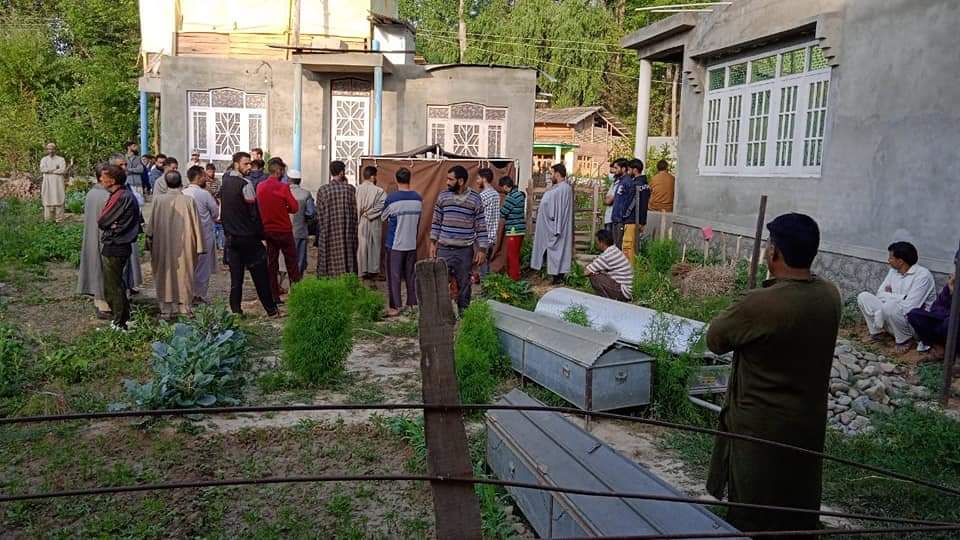 PULWAMA, Jun 28: Another family member of a cop, who was injured after unknown gunmen attacked the cop at his home in Hariparigam village of Awantipora in South Kashmir’s Pulwama district on Sunday late evening, succumbed to their injuries.

An official told that unknown gunmen attacked the cop, identified as Fayaz Ahmad at his home, and he died on the spot while his wife and daughter were critically injured in the attack.

He said that the trio was rushed to a nearby healthcare facility, where the cop was declared brought dead while his wife and daughter were shifted to GMC Anantnag treatment.

At GMC Anantnag, his wife identified as Raja Banoo(48) succumbed to her injuries while as his daughter identified as Rafia Jan (25) was shifted to SKIMS Srinagar for advanced treatment, the official said. He added that Rafia also succumbed to her injuries at around 4 am on Monday in SKIMS. He added that the case has been registered and further investigation has been taken up—(KNO)