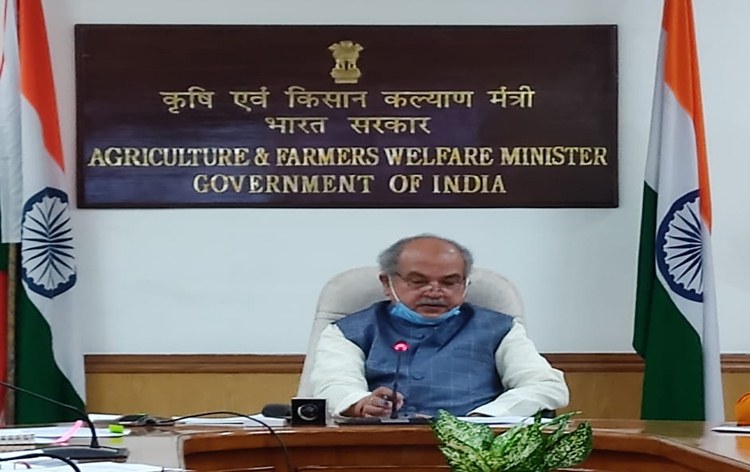 Rural Development Minister  Narendra Singh Tomar  virtually interacted with Rural Development Ministers and officials of the States on the occasion of “Awaas Diwas” celebration. During the interaction, Mr  Tomar mentioned that Pradhan Mantri Awaas Yojana -Gramin is not only credited with the task of providing houses to beneficiaries, but it also serves in protecting the dignity of the households.

He said,  Awaas Diwas is not just a day to celebrate a scheme, but a day to connect with crores of rural households, who have been greatly benefited by this scheme.

The Rural Housing Scheme, Pradhan Mantri Awaas Yojana – Gramin (PMAY-G) was launched by the  Prime Minister Narendra Modi  on 20th of November 2016 at Agra, Uttar Pradesh. To commemorate the launch of PMAY-G, which aims to provide “Housing for All” by 2022, it was decided to celebrate 20th November every year as Awaas Diwas.

The program envisages the completion of 2.95 crore  houses with all basic amenities by the year 2022. In the first phase of the scheme  from 2016-17 to 2018-19, a target for construction of one crore pucca houses were set. In the second  phase of the scheme starting from 2019-20 to 2021-22, the target of construction of the remaining 1.95 crore houses has been set.  So far 1.75 Crore PMAY-G houses have been sanctioned and 1.20 crore houses have been completed against the allocated cumulative target of 2.26 crore houses.