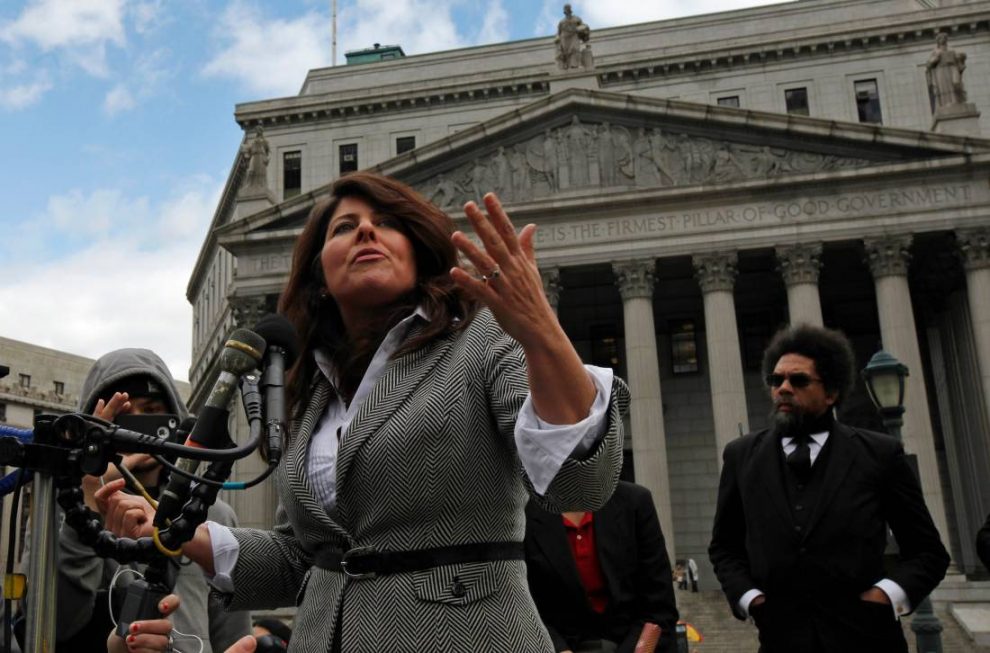 LONDON: U.S. feminist author Naomi Wolf hit back on Monday at claims of errors in a revised edition of her latest book, denying she had misread archival records and mistaken cases of child abuse and bestiality for consensual sex between men.

The book, which includes details of men jailed in 19th-century Britain for sodomy, was withdrawn in 2019 after British author and broadcaster Matthew Sweet pointed out inaccuracies on a radio show. A corrected version was published in November.

But Sweet at the weekend said the amended version of “Outrages: Sex, Censorship and the Criminalisation of Love”, contained factual errors that conflated men charged with abuse with consenting gay adults.

He called for the publisher, Virago, to explain the reasons why it had published the new edition. Virago did not respond to requests for comment.

The row over the book’s accuracy has reignited questions over the historic treatment of gay men as Britain marks LGBT+ History Month and popular TV programmes such as “It’s A Sin” shine a light on past homophobia.

Wolf, who made her name with feminist polemic “The Beauty Myth” in the early 1990s, told the Thomson Reuters Foundation that the criticisms were “just not true”.

“It’s inaccurate and wrong and in my view betrays a misunderstanding of 19th-century sodomy law and also shows they didn’t read the book clearly,” she said in a video call.

“I stand by my work. I cited everything I cited correctly, based on the proceedings of the Old Bailey. There was no carve out (under the then sodomy laws) for consenting gay sex as we would call it today. It was a crime.”

Wolf’s book includes several examples of court cases at the time to illustrate how gay men were treated under the law.

The author writes of how sentences handed down at London’s Old Bailey for “the attempt” at sodomy started to extend in length, from one year to 18 months.

“And teenagers were now convicted more often: indeed, that year, 14-year-old Thomas Silver was ‘indicted’ for ‘an unnatural offence’,” she wrote.

According to the Windsor and Eton Express on Dec. 10 1859, accessed via the British Newspaper Archive, Silver “was charged with indecently assaulting Amar Smith, a little boy, aged 6”.

Wolf, who served as an adviser on the Bill Clinton and Al Gore presidential campaign in 1996, said the range of cases were “examples of the persecution for sodomy, which was an offence that included consenting gay sex”.

But Sweet said he had looked into the issue further “because the truth matters, because history matters and because the archive matters as well”.

“You’ve got to use (historical documents) properly and decently, and you’ve also got to do it with respect to the lives that they document.”

More than 8,000 men were committed for trial between 1806 and 1900 in England and Wales for what were then termed “unnatural offences”, said Harry Cocks, an associate professor of history at Nottingham University.

“Very few of these cases (probably less than 1,000) are documented in any way, so we can only get an impression of how many of these offences involved consenting acts between adult men,” Cocks said.

“The point here is that most of these cases lack documentation … so it is quite difficult to tell what happened in each instance and we must reserve judgment.”

But Fern Riddell, a cultural historian specialising in Victorian sexuality and author of “Sex: Lessons from History”, which will be published in July, said there were wider implications for the LGBT+ community beyond Wolf’s book.

“Books like this matter more than anything that we get it right – because this is where people come for their history,” she said.