What is the easiest and most difficult thing about writing for Ranjha. He smiles before answering, “Writing is more of a spiritual thing for me than anything else. You need that connect, that bond to write. As a writer, once you feel something, you cannot hold it off for long. You need to let it out any way and until then, you cannot relax. That makes things very easy. What is difficult, though, is sometimes, when I am not finding that connect with my subject, I just cannot write. I am terrible at meeting deadline and that is why you see I have just one book to my credit.”
Ranjha has a special interest in Urdu Shayari and is getting better with each passing day in the poetry he writes. “I idolize Rahat Indori and Munawwar Rana. The wordplay they do is a distant dream for me. In fact when they used to ask for what is one thing I would do in my life at any cost, I used to answer- listening to them, at least once.”
Ranjha is working on his next book- in Urdu. Titled ‘Armaano Ki Baraat’, the book will be a collection of Ghazals in Urdu. “ The book is almost completed and will be out very soon,” he shares. 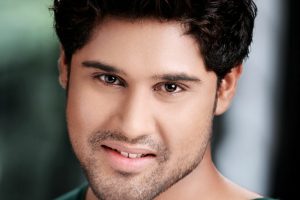 In the poems in this book, Abhinandan Bhattacharya has tried to distill the myriad magic of life

“Sons of Darkness”: This riveting fantasy novel is set in re-imagined Vedic India