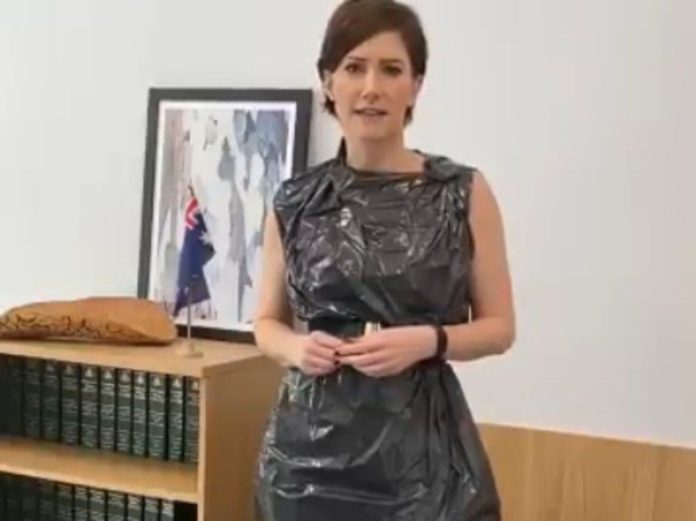 A video of a female lawmaker wearing a garbage bag to protest what she called “rubbish” comments on her clothes has gone viral in Australia and drawn support from across the political spectrum.

In it Nicolle Flint of the ruling Liberal Party asks whether people are “sick of sexist garbage” before calling out a columnist who commented on her appearance and opens her coat to reveal the plastic sack.

“I’ve put up with a lot as a woman in politics,” said Flint, the member of parliament for Boothby in South Australia, in the video, which been viewed more than 220,000 times since it was posted to Twitter and Facebook on Monday.

I am, which is why I’m calling out @abcadelaide’s Peter Goers rubbish views about my appearance, published in yesterday's @theTiser Sunday Mail.

It’s time women in public life are judged on what they stand for, not what they look like. #GarbagelikeGoers pic.twitter.com/tk9DRyM0nN

She said she had dealt with a male stalker and seen her office vandalised with the word “prostitute” since becoming a politician.

“So, Mr. Goers, what I want to know is, what should a woman in politics wear? How about a garbage bag to match your rubbish views,” said Flint, as she removed her coat to reveal the bag with a matching belt.

The post drew applause from others including former premier of Australia’s Queensland state Campbell Newman, who wrote, “Well done! #GarbagelikeGoers”.

“The standards expected of women politicians are garbage,” lawmaker Anika Wells from the rival Labor party said in support of Flint.

Goers did not immediately respond to a request for comment on Tuesday.

In 2012, a fiery parliamentary speech in which Australia’s first female prime minister Julia Gillard called out sexism in politics and described then opposition leader Tony Abbott as a misogynist became an internet hit.

Her speech prompted the Australia’s Macquarie Dictionary, the authority on the English language in Australia, to broaden the definition of misogyny.