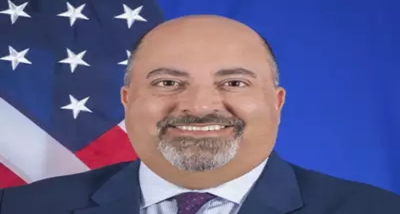 Atul Keshap took charge as United States’ new envoy to India. He most recently served as the Ambassador to Sri Lanka and Maldives.

Mr Keshap said, it is his honour to serve as Chargé d’Affaires at the U.S. Mission in India. He said as a proud Indian-American, it is his privilege to work to further strengthen the warm and dynamic US-India partnership.