Undoubtedly, the biggest challenge before British India was to fix its boundary with Tibet in the eastern Himalayas along the hill tract of Assam. This is the region of Monyul (land of Monpa) or Lho-Mon, inhabited by ethnic Monpas. From British India’s perspective, Monyul was a colony under Tibetan rule for over two centuries until the Qing Dynasty collapsed in 1911–12.
The British knew little about the Mon people but established contact with the local ruler, the Deb Raja, from 1844 onwards. Captain F.M. Bailey became the first British officer to explore the Tawang area. His report, ‘Explorations on the North-East Frontier 1913’, noted that the ‘Monpas are very distinct from the Tibetans and resembled more the inhabitants of Bhutan and Sikkim’.

Bailey’s expedition was followed by a visit to the area by Captain G.A. Nevill (political officer of the North-East Frontier Tract, 1914– 1928). In his 1928 report, Nevill wrote to the Indian government, ‘should China gain control of Tibet, the Tawang country is particularly adapted for a secret and easy entrance into India’.

From then onwards, British India wasted no time in ending the Tibetan feudal colonization of Monyul and bringing the area under its direct administrative control. The Tibetans not only resisted British India’s influence in Tawang but also either sought to form an anti- British common front with the Qing or hide behind the facade of Chinese imperial authority.
British India finally managed to get the Tibetan Ganden Phodrang authorities to agree to define the border with Tibet and China. The Simla Convention was signed on 3 July 1914 to settle the boundary as per the line drawn using watershed principles by Sir Henry McMahon, thereafter called the McMahon Line.

From the Tibetan side, the convention was signed by their plenipotentiary, Lonchen Shatra. And as per the drawn line, the Monyul area or Tawang Tract fell south of the McMahon Line; except for some private estate, the Tibetans agreed to cede the area to British India. Controversy, however, erupted immediately when China’s plenipotentiary withdrew from the meeting and refused to sign the 1914 Simla Convention.

The Tibetans signed the Simla Convention but never actually ratified it on the pretext of Beijing’s non-acceptance of the boundary line. Experts now contend that the 1914 Convention was contingent upon China’s acceptance of the boundary line. The Chinese government never recognized the boundary, but there is also an argument that the Tibetans retracted while suggesting that Ganden Phodrang authorities were in fact dissatisfied with Lonchen Shatra’s unilateral decision to agree to the drawn line.

Other than this, the larger Tibetan perspective has been that the Tawang monastery is an integral part of the Tibetan Gelug theocratic institution; hence, it can never be parted from Tibet. All in all, the Tibetans too remained ambiguous and considered the McMahon Line ‘invalid’. More details on the Tibetan perspective will be addressed elsewhere.
In effect, Lhasa continued to exert full spiritual and temporal authority over Monyul, and British India could do little to enforce the Simla Convention until 1938. It was only on 10 December 1951 after the Government of India tasked the Assam Rifles to evict Tibetan troops from the area south of the Sela Pass that the end of Tibetan theocratic control over Tawang was marked.

Meanwhile, British India had administratively brought Tawang under the jurisdiction of West Kameng District, which was then a unit of the North-East Frontier Tract under the charge of a political officer with headquarters at Charduar. The unit was renamed the Balipara Frontier Tract in 1919, which was further divided in 1946 into the Se- La Sub-Agency and the Subansiri Area.

Many reasons have been cited for the delay in British India taking full control of the area. Apart from the Tibetan refusal to cooperate and their about-face, the immediate transfer of Sir Henry McMahon from India is a factor. Financial severity was another reason, and obviously, the subsequent outbreak of the two World Wars (1914–18 and 1939–45) meant little attention was paid to the Frontier Tract. British India’s attention was diverted  elsewhere,  but the Government  of India seemingly abstained from doing anything except for regulating inter-tribal relations and redressing in some  ways  the  grievances  of  local Monpas.
However, when the authorities did make it to Tawang in the 1930s, they found it to still be a colony under Lhasa’s authority. Yet, it was not until the arrest of a British botanist, Frank Kingdon Ward, in 1935 by the Tibetans, on the charge of trespassing in the area, that the government refocused its attention on Tawang. This episode is often cited by the Chinese to underscore the point that Tibetans held full jurisdiction over Tawang and never surrendered to the British.

Clearly, the 1928 report of Captain G.A. Nevill as well as Kingdon Ward’s arrest in 1935 prompted the British Foreign Office to depict the Tawang Tract and the McMahon Line in its map publications.

The Constitution Act of 1935 for Excluded and Partially Excluded Areas Order, 1936, resulted in creating the Frontier Tract on the line of the Balipara Frontier Tract. Tawang was brought under the direct administration of the governor of Assam from 1 April 1937.
More affirmative action followed. In September 1937, the Assam government instructed its political officer of the Balipara Frontier Tract to delimit the Indo-Tibetan frontier as per the 1914 Simla Convention from the ‘eastern frontier of Bhutan to the Isu Raji Pass on the Irrawaddy- Salween water parting’.
Subsequently, the Indian government decided to implement the 1914 policy to send a political officer to Tawang, held in abeyance thus far. In doing so, caution was maintained to avoid any friction with the vested interests of the Tawang monastery. And as per the instructions left by Sir Henry McMahon in 1914, an experienced British officer was dispatched to run the administration there.

According to some sources, Britain and Tibet secretly ratified the McMahon Line in 1938, and for the first time, a reference to the Simla Convention was highlighted through an open publication.

It wasn’t clear whether it really happened because the Tibetans continued their defiance even thereafter. When the British dispatched a military contingent to Tawang on 30 April 1938 under Captain G.S. Lightfoot (political officer of the Balipara Frontier Tract), he was met with strong resistance by the Tibetans. The Tibetan cabinet, the Kashag, accused him of entering the area without Lhasa’s permission. This episode of Tibetan resistance too finds prominent reference in Chinese arguments.
But the Assam government never gave up. In fact, an officer from Sikkim, Norbu, in 1941 worked for pushing British India’s case vis-à-vis the Tibetans.
In 1944, James Philip Mills, district commissioner of the Naga Hills and ‘adviser’ to the Assam governor, reorganized the North East Frontier Tract. The Sela Sub-agency was created out of the Balipura Frontier Tract in 1946. A post for the Assam Rifles was set up at Dirang Dzong and the region was placed under the North-East Frontier Agency (NEFA) in 1946.
Following China’s declaration to ‘liberate’ Tibet in 1949, a more forward position was adopted to strengthen its control over Tawang. On 10 December 1950, the Government of India informed Nari Rustomji, ‘adviser’ to the government of Assam, to ‘effectively occupy it’. Rustomji then tasked Major R. Khating of the 2nd Assam Rifles and assistant political officer of the Tirap Frontier Tract to lead an expedition to evict Tibetan troops from the area lying south of the Sela Pass. Major Khating’s mission was successful. The event decisively marked the liberation of Monyul, which finally became a part of the Indian Union in 1951. 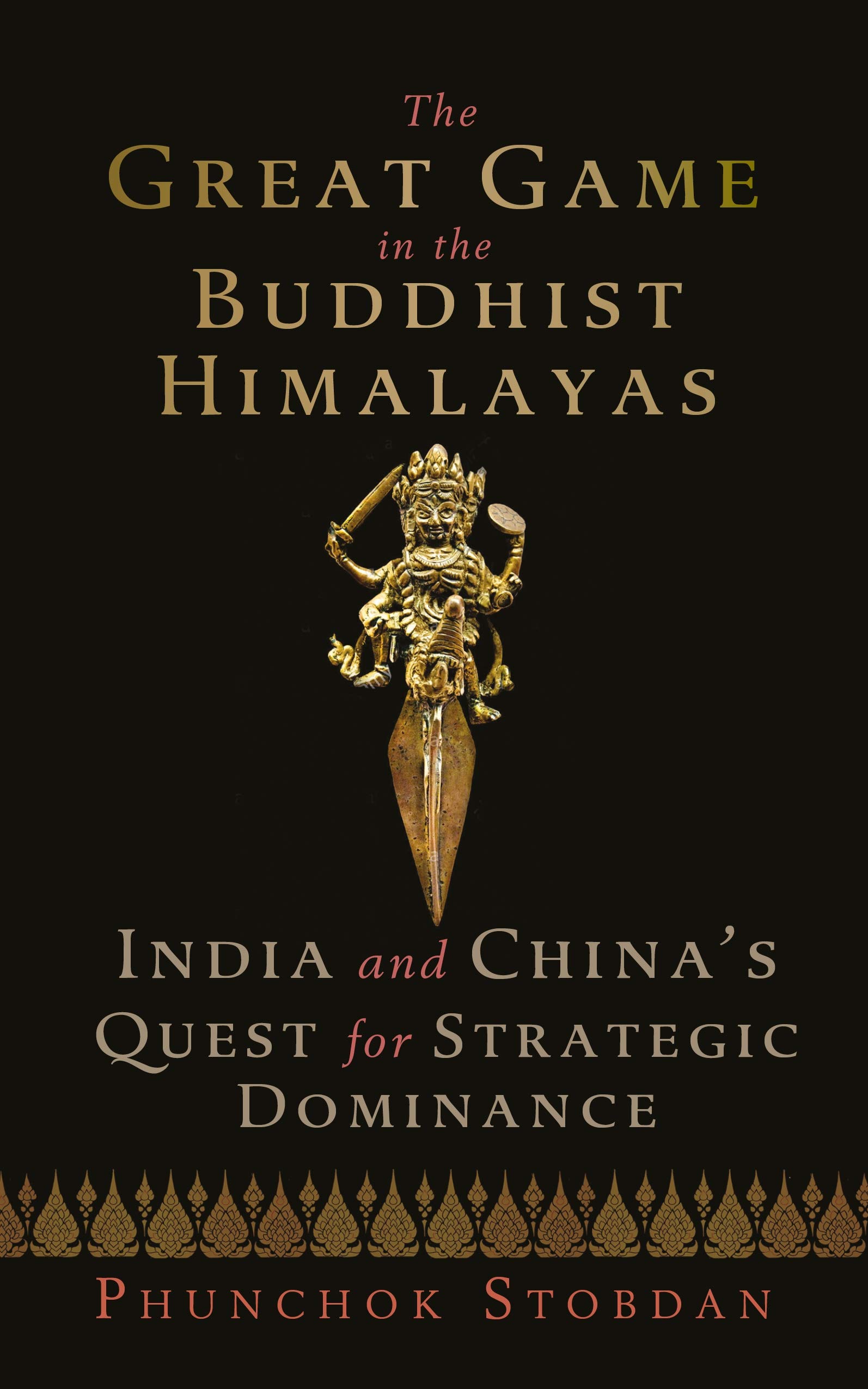 Excerpted with permission from The Great Game in the Buddhist Himalayas: India and China’s Quest for Strategic Dominance, Phunchok Stobdan, Penguin India. Read more about the book here and buy it here. 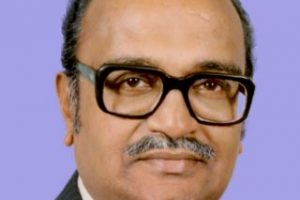 In this book, the windswept beaches and swaying palms of Goa, free-flowing feni, and a last shot at love
A part of British Colonial Oppression, the Meerut Conspiracy Case furthered the Indian Anticolonial struggle through Insurgent Resistance