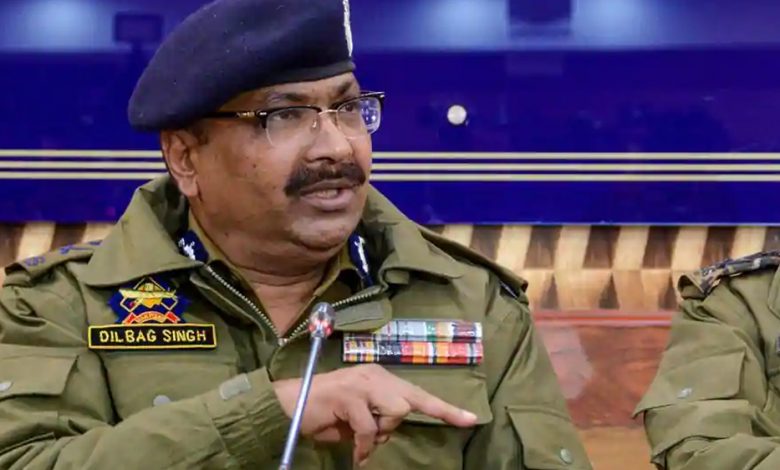 Srinagar: Jammu and Kashmir Police chief Dilbag Singh on Tuesday said the recent attacks on civilians in the Union Territory have been orchestrated by Pakistan and are a sign of frustration of terror groups.

“These acts are simply due to the frustration of terror groups and diktats from their masters sitting in Pakistan. It will not deter us in discharging our duties and ensuring peace at all costs. The security forces are committed to this,” Singh, the director general of police said.

He said such acts will not be tolerated and action against the perpetrators will be taken in due course of time.

“These attacks are condemnable and have been rightly condemned in the civil society. These acts are inhuman and will not be tolerated at any cost,” Singh told PTI after the wreath-laying ceremony for Head Constable Vishal Kumar of the CRPF, who was killed in a militant attack at Maisuma on Monday.

In two other incidents on Monday, two non-local labourers were injured in a terror attack in Pulwama while a Kashmiri Pandit shopkeeper was injured in a similar attack in Shopian.

“The security forces — CRPF, J&K Police — are discharging their responsibilities. We pay our respects to our slain colleague and our best wishes for the injured colleague for speedy recovery,” Singh said.

The DGP said other incidents in which migrant labourers were attacked and a minority community member was targeted “are signs of barbaric and beastly acts”.

Responding to a question, Singh said security forces have responded proportionately to the increased activity of over ground workers (OGW) of the terror groups.

“The OGW presence has always been there. When their presence increases, the action by police and security forces also increases accordingly. If you look at the statistics, we have eliminated 42 terrorists in the last three months and a higher number of OGWs have been acted against as per law,” he said.

The DGP said the local people of Jammu and Kashmir have been welcoming of the outsiders as they help in agriculture, horticulture and construction activities.

“That’s why the civil society has condemned these attacks,” he added.