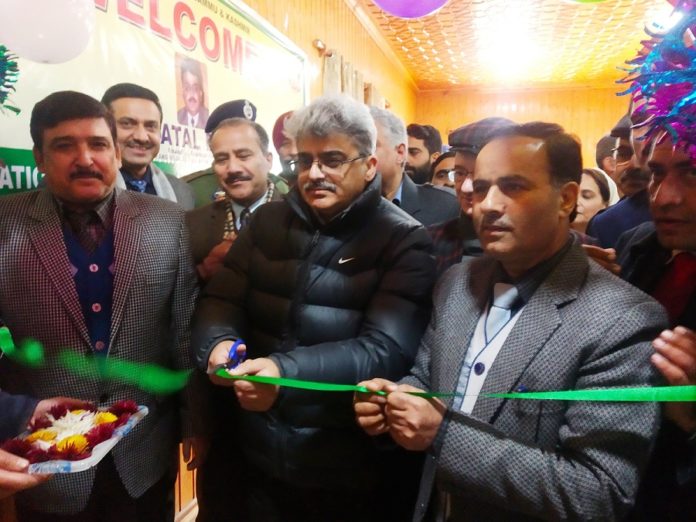 Says Govt will ensure every child, pregnant lady is immunized

Speaking at the inaugural function held at Dak Banglow, Baramulla, Dulloo said that immunization was a very important preventive measure to prevent child mortality rates in Jammu and Kashmir.

He said that with the launch of Intensified Mission Indradhanush 2.0, Jammu and Kashmir has the opportunity to achieve further reductions in deaths among children under five years of age.

“Let no child suffer from any vaccine-preventable disease,” he said.

Dulloo said that all the necessary arrangements have been put in place to ensure smooth conduct of Intensified Mission Indradhanush. He hailed the role of Directorate of Family Welfare MCH & Immunization in providing services to the beneficiaries.

Dulloo said that the Government has made immunization a social movement—involving several departments and building mass awareness in this regard.

The function was organized by Directorate of Family Welfare MCH & Immunization, J&K.

Deputy Commissioner Baramulla, Dr. Gulam Nabi Itoo said that the District is fully ready and geared up for IMI 2.0 and the District Administration will provide all the necessary assistance to the Department of Health & Family Welfare for successful conduction of the programme.

Director, Family Welfare and MCH, Dr Arun Sharma informed that the IMI is aimed to vaccinate the entire drop out, left out children up to age of 2 years and pregnant women.  He said that four rounds of IMI 2.0 would be held from December 2019 to March 2020.