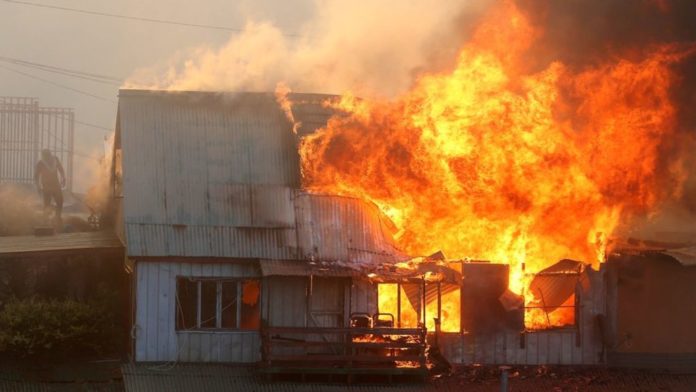 In the Chilean city of Valparaiso, at least 120 houses have been destroyed by fast moving forest fires prompting a mass evacuation.

Valparaiso Mayor Jorge Sharp told media that all the city’s firefighters have been deployed to tackle the fires in the Rocuant and San Roque areas.Power was cut to about 90,000 customers in the area as a precautionary measure. The Mayor said, emergency teams from all over Valparaíso are working, using land and air resources.

Nearly 120 hectares of grassland have already been ravaged by the fires. Valparaíso, in central Chile, is a popular tourist destination in South America.