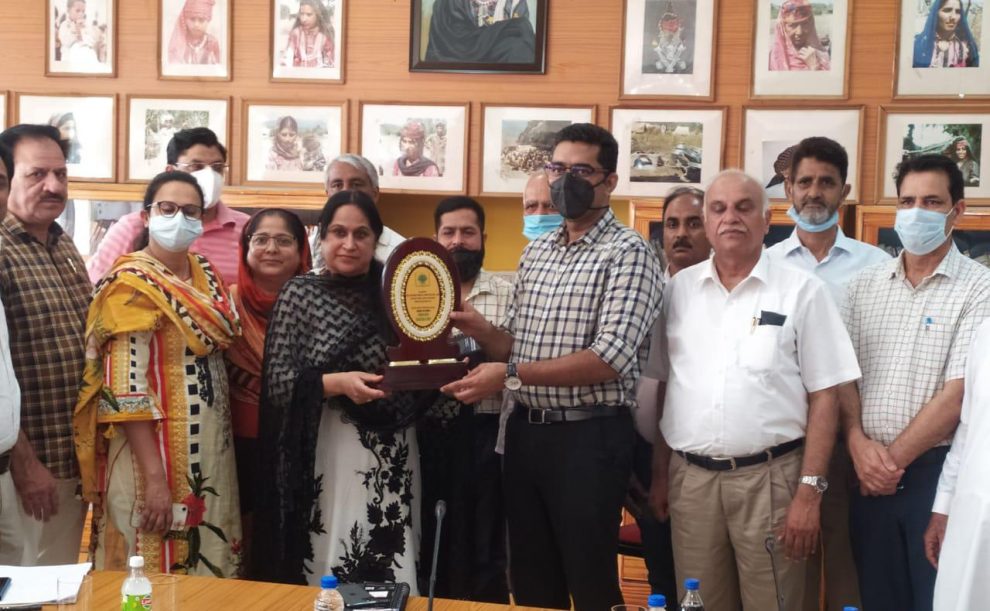 Dr Shahid termed GDCT as an institute of excellence having immense contribution in socio-cultural and educational fields over last more than two decades and called for joint consultative mechanism between Tribal Research Institute and GDCT for various projects of vital importance. He appreciated contribution of GDCT team for establishment of state-of-the-art school, library, cultural centre and other amenities which the department of tribal affairs is keen to support at various levels. He recalled the contribution of Masood Choudhary, founder chairman of GDCT and other senior members of executive body.

Members of executive body Mohammad Sharief Chauhan and Iftikhar Ahmed discussed various project proposals including centre for research, hostel up gradation, museum, coaching centre, IT lab and other requirement including support for residential education. They highlighted the need for support to youth education initiatives.

The projects under joint initiative include faculties for coaching on competitive examination, establishment of IT Skill lab, tribal cultural museum, interpretation centre, digital library and infrastructure upgrades which will be planned by team from Tribal Research Institute, an institute of excellence shortly being set up in J&K.

It was also decided to develop a Tribal Youth Portal for coverage of youth under schemes related to sports, education and skill development. Tribal affairs department will extend scholarship and educational support to KB Public schools having an enrolment of more than 1200 students. Modalities were also discussed for establishment of a tribal cultural museum.

Earlier, the Secretary visited KB Public School and interacted with staff. He reviewed the facilities and need for up gradation. Nehreer Khan, Principal KB Public School along with staff discussed about various educational activities and projects. The proposal for setting up KG block , IT lab and coaching centre were discussed with School management.