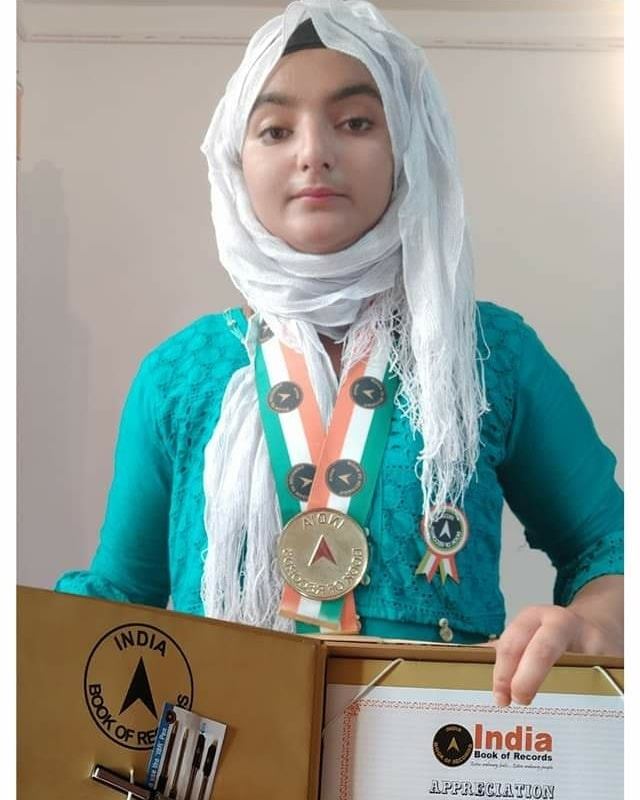 Kulgam: Hailing from a small village of Kulgam district, a 16-year-old girl has published her second poetry work and is working on one more book about atheists which will be published very soon.

In the book, she has written the properties of elements of a periodic table in verses that will be very easy for students to remember.

Bushra, while talking news agency, said that her sister who is pursuing a degree in medical sciences outside the valley was always telling her that it is very tough to remember elements of periodic table and their properties after which she decided to write a book.

Bushra, who is class 11 science student, said that she has not supported anybody in her writing and whatever she has written is of her own thoughts and hard work. “ I continued despite the death of my father last year,” she said.

Bushra’s mother Nasira Banoo said that despite having tragedy at home last year, Nida concentrated on her book which she completed few days ago.

“Since her childhood, she was fond of discussions mostly on different concepts of God. Her next book will be on different questions of atheists in which she will answer them. The title of her third book will be Why God,” Nasira said

She said her daughter had seen a dream in which she was suggested to keep the title of her second as “Davy.” “She spent time on the meaning of Davy and later found that with this name there was a chemist who has worked on classification and properties of elements, after which we decided to name it as The Davy,” Bushra’s mother said.

Pertinently, the teenage girl has written her maiden poetry book “Tulips of feelings” which was widely loved and she was appreciated at many national level stages. Bushra in her message Kashmir’s young lot said: “We are full of talent. I want to tell Kashmiri youth including girls to display their talent and not to waste their time on futile things. Our youth can do wonders for the ailing society of the Valley.”—(KNO)