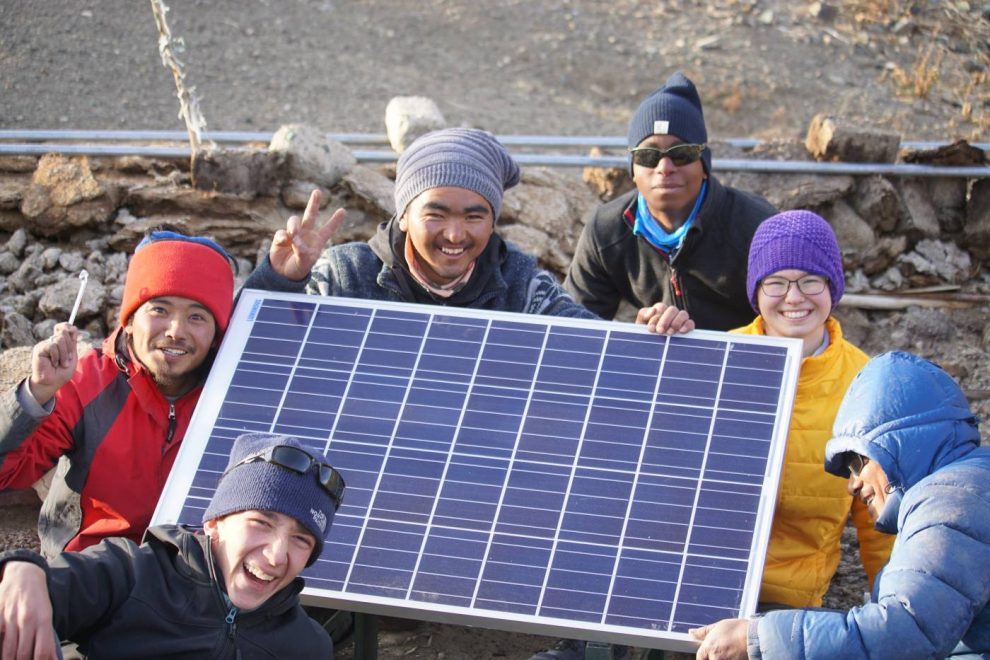 An Indian social business that leads Himalayan treks to set up solar micro-grids in remote mountain villages plans to expand its clean-energy work to other countries facing similar challenges, after winning a United Nations climate award.

Global Himalayan Expedition (GHE) has brought solar electricity to more than 130 Indian villages, benefiting about 60,000 people, while setting up home-stays for tourists that have generated more than $100,000 in income for villagers.

“Without access to basic facilities and better income opportunities, the villagers are likely to migrate to towns in search of jobs, accelerating cultural and social erosion in these areas,” he told the Thomson Reuters Foundation.

“We are able to leverage tourism as a force for holistic development of remote mountain communities,” he said.

The Indian government deems all villages nationwide to be electrified because at least 10% of households and public places have electricity. But power cuts are rampant, forcing residents to use diesel generators and kerosene lamps with noxious fumes.

Fast-dropping costs for solar power, combined with plenty of sun have made mini-grids and micro-grids an affordable option.

GHE identifies villages that lack access to reliable electric power, sometimes trekking up to six days to reach them.

More than 1,300 travellers have so far paid up to $3,500 each to join the hikes, with about a quarter of the charge going towards setting up the solar grid, Bansal said.

The tourists work alongside engineers to install the micro-grids and fixtures, including street lights and LED lights, fans and mobile charging points in homes, he added.

The project has provided solar capacity totalling 360 kilowatts, avoiding about 35,000 tonnes of carbon emissions, according to a U.N. estimate.

GHE trains local youths and women to become electricians, and helps women set up home-stays and “astro-stays” that offer stargazing at night on solar-powered telescopes.

“Empowering women entrepreneurs through astronomy has helped reduce the gap in gender equality. It has also engendered greater interest in STEM subjects in women and children,” Bansal said, referring to science, technology, engineering and maths.

GHE’s model of tourism with environmental and social benefits is “easily replicable because of the simplicity in approach”, said the U.N. climate secretariat, announcing the winners of its 2020 global climate action awards this week.

The model is particularly relevant as sales of off-grid solar products fell sharply in the first half of the year with incomes hit because of the coronavirus pandemic.

The COVID-19 crisis has derailed GHE’s expeditions this year. But it plans to expand tours to Madagascar, Sumatra and Nepal next year, and is partnering on other community-based tourism initiatives in Indonesia, Kyrgyzstan, Mongolia and Kenya.

“We are looking at remote regions with similar development problems as the Indian Himalayas, where the concept of impact tourism and sustainable development can be applied,” Bansal said.

The idea, he added, is to create “low-carbon destinations” for travellers with clean technology and community participation.