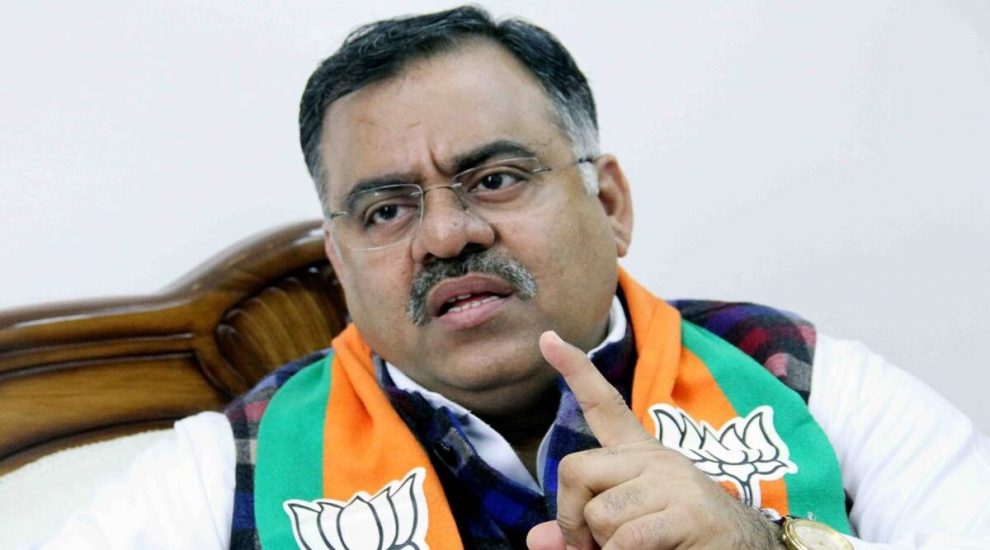 Srinagar, Feb 11: Bharatiya Janata Party (BJP) national General Secretary Tarun Chug Thursday said that Assembly polls will soon be held in the J&K UT and the dates will be decided by the Election Commission of India (ECI).

Talking exclusively to a news agency on the sideline of a function at BJP’s Srinagar headquarters, Chug said that he is of the belief that Assembly polls will be held soon in J&K.

Asked whether statehood would be given to J&K UT, he evaded the query stating that it (statehood) will come at an appropriate time. “See J&K is heading towards development, peace and prosperity. This is BJP’s mission,” Chug said. He said that BJP’s mission is to make peace a permanent feature in J&K, revive tourists and make Kashmir an abode of peace, property and progress.

“I am glad to see a huge number of tourists arriving in Kashmir, visiting Gulmarg and other places in bone-chilling winter. We as a party are working for tourism revival, prosperity in the Valley. I believe more and more tourists both domestic and foreigners will come to Kashmir in the weeks ahead,” Chug said.

He said he was in Srinagar to pay homage to BJP founder Pandit Deendhayal Updhaday. “BJP under the leadership of Prime Minister Narendera Modi is following the mission of Pandit Deendhayal which is to end poverty and help poor all fronts,” Chug said that the mission is being greatly followed across the country including J&K also irrespective of caste, colour and creed.